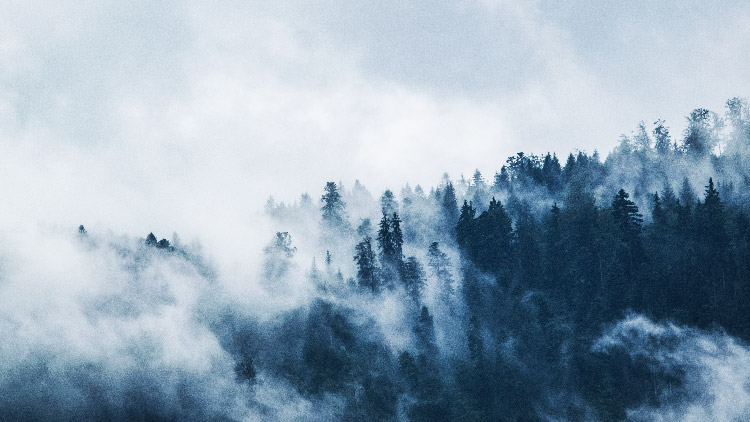 The Man in Between

So David prevailed over the Philistine with a sling and with a stone, and struck the Philistine and killed him. There was no sword in the hand of David.
1 Samuel 17:50

This is one of the most familiar moments in Scripture, but do not let that blind you to the extraordinary nature of the victory it describes. A mere shepherd boy with his staff, five stones, and a sling brought down an experienced man of war, a giant, who came after him with mighty weapons. It is a victory the fame of which has not dimmed through the centuries.

At stake in David’s astonishing battle against Goliath was Israel’s future. The army didn’t fight. Neither did their failed king, Saul. They only watched as their future hung on the shoulders of David, who was chosen by God to be “the man in between.” David was the anointed, appointed servant of God—and in that respect, he was the prototype of Jesus.

Like that of Israel’s army, the future of every man and woman hangs in the balance. Our ultimate defeat is by death, when the life we’ve imagined and built for ourselves comes to a halt. Death terrifies us because it is the punishment for sin (Romans 6:23), which none of us are without (3:23). The law of God demands perfection, yet none of us are perfect (v 10). Death, then, is the undefeatable giant before whom we can but tremble. We need someone to stand in between us and death. We need somebody to step forward.

And He did. Just as David stood between the army of Israel and their defeat, so Jesus stood between us and ours. His victory is the greatest news the world has ever known. The demands of the law were met by His perfect life. The penalty of the law was carried out in His death in place of us, who deserved to die. And the power of death was defeated by His resurrection as He triumphed over it. As David in the Valley of Elah won victory not only for himself but for the whole of Israel, so Jesus at Calvary and the empty tomb won victory for all who are united with Him by faith. No wonder Paul declared, “Thanks be to God, who gives us the victory through our Lord Jesus Christ” (1 Corinthians 15:57)!

As you look upon the cross of Christ and the triumph of His resurrection today, you are looking at the victory that has been won, and won for you. Pause to rejoice, singing songs of praise and thanksgiving because you have victory through Him. Then go out into a world that is fractured and broken and scared to death of death, and declare that people need not fear, for in faith they too can take hold of Jesus, our victorious champion.

8Therefore do not be ashamed of the testimony about our Lord, nor of me his prisoner, but share in suffering for the gospel by the power of God, 9who saved us and called us to1 a holy calling, not because of our works but because of his own purpose and grace, which he gave us in Christ Jesus before the ages began,2 10and which now has been manifested through the appearing of our Savior Christ Jesus, who abolished death and brought life and immortality to light through the gospel, 11for which I was appointed a preacher and apostle and teacher, 12which is why I suffer as I do. But I am not ashamed, for I know whom I have believed, and I am convinced that he is able to guard until that Day what has been entrusted to me.3 13Follow the pattern of the sound4 words that you have heard from me, in the faith and love that are in Christ Jesus.

Footnotes
1 1:9 Or with
2 1:9 Greek before times eternal
3 1:12 Or what I have entrusted to him; Greek my deposit
4 1:13 Or healthy
Topics: Jesus Christ Resurrection Victory