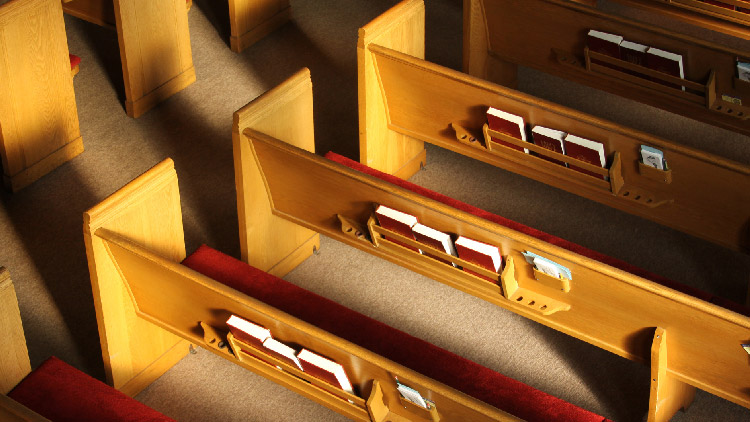 I have a few things against you: you have some there who hold the teaching of Balaam, who taught Balak to put a stumbling block before the sons of Israel, so that they might eat food sacrificed to idols and practice sexual immorality.
Revelation 2:14

External pressure to conform is not the only danger to our faith that we face.

The church in Pergamum had been successful in resisting the lures of Satan and of pluralism (Revelation 2:13). They had failed, however, to take care of their own internal problems. Despite the loyalty of some, these believers were guilty of tolerating a heresy that combined idolatry and sexual immorality. The reference to “the teaching of Balaam” here does not refer to some book or body of doctrine. Rather, it is intended to call to mind the activity of the false prophet Balaam in the Old Testament. He advised the Midianite women on how to seduce the Israelites and thereby infiltrate and cause destruction among God’s people (Numbers 31:16). One commentator notes that Balaam’s clever idea was to break down Israel’s power by an indirect attack on their morality: “Pagan food and pagan women were his powerful tools against the rigidity of the Mosaic Law.”[1]

Balaam therefore serves as a prototype of all the corrupt teachers who followed his example, promoting an “antinomian” approach to life. Antinomian is from the Greek anti, “against,” and nomos, “law”—“against the law”; it describes a libertine, licentious way of thinking that sets aside all that the Bible has to say about holiness, purity, and the fear of the Lord being the beginning of wisdom (Psalm 111:10; Proverbs 1:7; 9:10).

While some believers in Pergamum had fully embraced such teaching, others within the fellowship merely tolerated it—yet in allowing it, they were as culpable as the rest. John Stott writes that “the risen Christ, the Chief Shepherd of His flock, was grieved both by the waywardness of the minority and by the nonchalance of the majority.”[2] In failing to act, they made it possible for heresy to spread, to the great harm of God’s people. And so, though the majority were commended for holding fast to their right belief, they were also rebuked for failing to deal seriously with those who were guilty of wrong behavior.

If Satan cannot wreak havoc in a church as a result of external challenges, he will seek to do it by the insidious work of internal compromise. So, be on guard. It will always be easy to find a “spiritual guide” who is more than willing to tell you that it’s fine to indulge your desires and follow your heart. That is not true Christianity, which not only believes correctly but also behaves properly, exalting Christ and promoting holiness. And it will be even easier to stay quiet rather than humbly challenge those in your church who are putting their desires above their holiness. So ask yourself: What stumbling block may have been placed in my own path of obedience? And what stumbling block may the Lord be calling me to help another identify? Our church’s holiness, as well as our own, is to be our concern.

A Call to Persevere

17But you must remember, beloved, the predictions of the apostles of our Lord Jesus Christ. 18They6 said to you, “In the last time there will be scoffers, following their own ungodly passions.” 19It is these who cause divisions, worldly people, devoid of the Spirit. 20But you, beloved, building yourselves up in your most holy faith and praying in the Holy Spirit, 21keep yourselves in the love of God, waiting for the mercy of our Lord Jesus Christ that leads to eternal life. 22And have mercy on those who doubt; 23save others by snatching them out of the fire; to others show mercy with fear, hating even the garment7 stained by the flesh.

24Now to him who is able to keep you from stumbling and to present you blameless before the presence of his glory with great joy, 25to the only God, our Savior, through Jesus Christ our Lord, be glory, majesty, dominion, and authority, before all time and now and forever. Amen.

Footnotes
6 1:18 Or Christ, because they
7 1:23 Greek chiton, a long garment worn under the cloak next to the skin
Topics: Church Life Compromise Holiness
Footnotes
1 E.M. Blaiklock, The Seven Churches: An Exposition of Revelation, Chapters Two and Three (The Institute Printing and Publishing Society, n.d.), p 35.
2 What Christ Thinks of the Church (Harold Shaw, 1990), p 44.