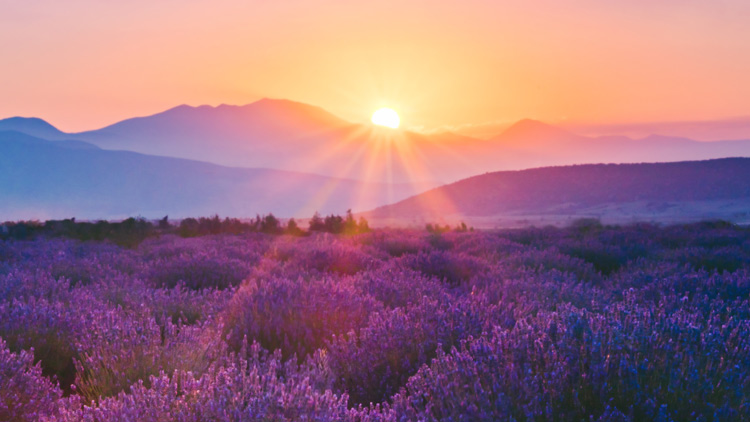 They have gone out for the sake of the name, accepting nothing from the Gentiles. Therefore we ought to support people like these, that we may be fellow workers for the truth.
3 John 1:7-8

About 10 to 15 miles off the coast of France lies a cluster of landmasses called the Channel Islands. In 1940, Germany invaded and occupied them. Among the tunnels the Germans built on one of them, Jersey, there is a plaque that details the generous labor of a few women from the occupied island who bravely sent mittens, socks, flying helmets, sweaters, and more to the United Kingdom’s Royal Air Force. Because of their generosity, as some brave airmen flew against the German airplanes to resist Nazi Germany’s attempt to take over Europe, they were warmed by the products of those women’s compassion.

You might ask, What’s the big deal? These women were just knitting. But try telling that to an airman who had to brave freezing temperatures in the heat of battle! For him, there was nothing insignificant about socks and mittens. Those women from Jersey made a significant contribution to the Allied war effort by meeting a serious need. In this sense, without ever flying a plane, they were “fellow workers” with the RAF airmen.

The New Testament speaks over and over again of believers laboring alongside each other as “fellow workers.” In Philippians 2:25, Paul even speaks of Epaphroditus as his “fellow soldier.” The apostle Paul was arguably the most capable missionary and church planter who ever lived—and yet he could not have successfully completed anything without such “fellow workers for the truth,” as John calls them.

Every single one of us in the body of Christ has an important function. In wartime terms, some of us are pilots, others of us are mechanics, and some are knitters—and still others of us may be the sheep farmers who provide the wool! Perhaps society would have us grade these contributions, creating a hierarchy of sorts. Perhaps you are tempted to think that your contributions are insignificant. But this is not how things work in the economy of God. As Paul wrote, “The parts of the body that seem to be weaker are indispensable, and on those parts of the body that we think less honorable we bestow the greater honor” (1 Corinthians 12:22-23).

God chooses whom He will to fulfill each function in His body—and what matters to Him most is that we are faithful wherever He has placed us. Stay faithful, and the Lord will strengthen you for whatever role He’s calling you to—whether knitting or flying—for the glory of Christ. Do what you can, for what you can do He will use.

1The elder to the beloved Gaius, whom I love in truth.

5Beloved, it is a faithful thing you do in all your efforts for these brothers, strangers as they are, 6who testified to your love before the church. You will do well to send them on their journey in a manner worthy of God. 7For they have gone out for the sake of the name, accepting nothing from the Gentiles. 8Therefore we ought to support people like these, that we may be fellow workers for the truth.

9I have written something to the church, but Diotrephes, who likes to put himself first, does not acknowledge our authority. 10So if I come, I will bring up what he is doing, talking wicked nonsense against us. And not content with that, he refuses to welcome the brothers, and also stops those who want to and puts them out of the church.

11Beloved, do not imitate evil but imitate good. Whoever does good is from God; whoever does evil has not seen God. 12Demetrius has received a good testimony from everyone, and from the truth itself. We also add our testimony, and you know that our testimony is true.

13I had much to write to you, but I would rather not write with pen and ink. 14I hope to see you soon, and we will talk face to face.

15Peace be to you. The friends greet you. Greet the friends, each by name.

Footnotes
1 1:3 Or brothers and sisters. The plural Greek word adelphoi (translated “brothers”) refers to siblings in a family. In New Testament usage, depending on the context, adelphoi may refer either to men or to both men and women who are siblings (brothers and sisters) in God's family, the church; also verses 5, 10
Topics: Ministry Obeying God Service