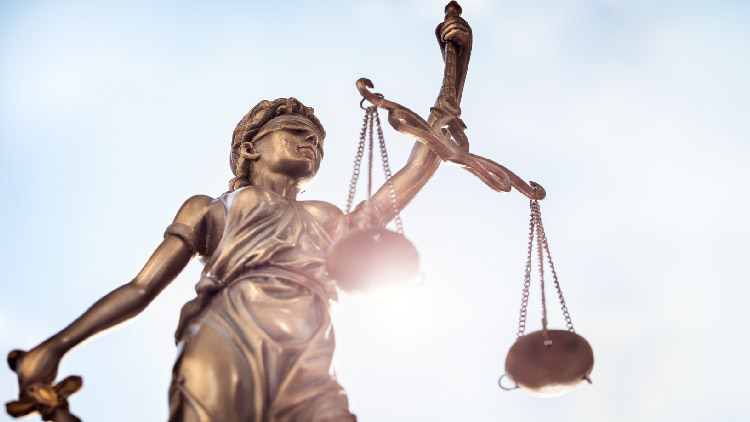 It Is the Lord Who Judges Me

It is required of stewards that they be found faithful. But with me it is a very small thing that I should be judged by you or by any human court. In fact, I do not even judge myself. For I am not aware of anything against myself, but I am not thereby acquitted. It is the Lord who judges me.
1 Corinthians 4:2-4

Anyone who has ever been a leader knows the vulnerability that comes with the position. Whether a schoolteacher, politician, scientist, team captain, or CEO, anyone who attempts to lead others will learn that there is a spotlight on them due to their position and that they are susceptible to misunderstandings and to false accusations.

When Paul described good stewards—leaders—to the Corinthian church, he said nothing of their popularity, giftedness, influence, or even success. No, the real test of this kind of biblical leadership was “that they be found faithful.” Faithfulness was the yardstick and faithfulness was his anchor. Paul was basically saying, I’m not going to allow my life to be carried along on the emotional rollercoaster of undue compliments on the one hand and undue criticism on the other. Only one opinion, one judgment, matters.

Paul recognized that he couldn’t even adequately evaluate the purity of his own motives. He did not judge himself, in the sense of seeing his own self-assessment as accurate. “It is the Lord who judges me,” he knew. He recognized that God was gazing into the very core of his being and that His requirement was faithfulness. This realization allowed him to press forward without being distracted by the adulation of some or the envy and opposition of others.

Throughout life, if you are always measuring yourself by the approval ratings bestowed by others, you won’t be able to function. Since human knowledge of the facts is always imperfect, compliments and criticism are also always imperfect. So don’t allow yourself to be knocked off balance by premature and imperfect judgments—including your own! It is good and right for you to examine yourself—but, having done so, you must remember that there is only one judgment that ultimately matters. God is looking for faithfulness to His word and His people. Let that be the liberating yardstick of how you conduct yourself as a leader, a parent, a spouse, a friend—a Christian.

The Ministry of Apostles

1This is how one should regard us, as servants of Christ and stewards of the mysteries of God. 2Moreover, it is required of stewards that they be found faithful. 3But with me it is a very small thing that I should be judged by you or by any human court. In fact, I do not even judge myself. 4For I am not aware of anything against myself, but I am not thereby acquitted. It is the Lord who judges me. 5Therefore do not pronounce judgment before the time, before the Lord comes, who will bring to light the things now hidden in darkness and will disclose the purposes of the heart. Then each one will receive his commendation from God.

6I have applied all these things to myself and Apollos for your benefit, brothers,1 that you may learn by us not to go beyond what is written, that none of you may be puffed up in favor of one against another. 7For who sees anything different in you? What do you have that you did not receive? If then you received it, why do you boast as if you did not receive it?