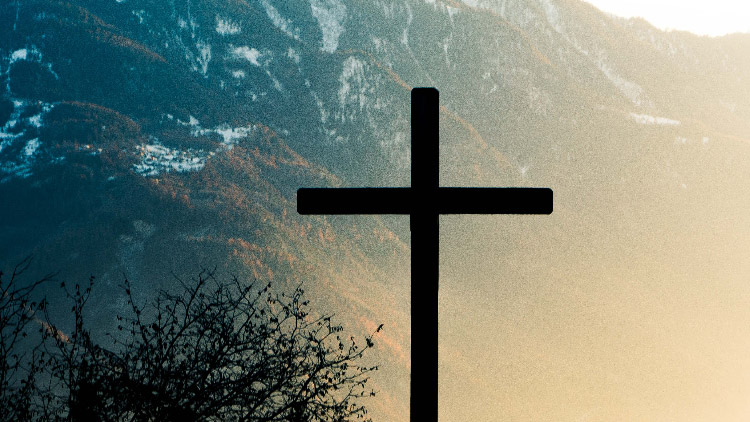 He led them out as far as Bethany, and lifting up his hands he blessed them. While he blessed them, he parted from them and was carried up into heaven.
Luke 24:50-51

Jesus’ earthly pilgrimage can be thought of as a journey towards His departure; having left heaven and come to earth to be born as a baby, He lived as a man, taught, performed miracles, called His people to follow Him, died as their Savior, rose to life—and then, at the appointed time, He went back to the Father and to glory. In a sense, this moment was what everything else had been leading up to.

Scripture clearly teaches that the moment of Jesus’ departure was fixed in eternity past (1 Peter 1:19-20). Luke, for instance, records for us that when Jesus “went up on the mountain to pray” (Luke 9:28), two men, Moses and Elijah, “appeared in glory and spoke of his departure, which he was about to accomplish at Jerusalem” (v 31). Later in the same chapter, we read that “when the days drew near for him to be taken up,” Jesus “set his face to go to Jerusalem” (v 51). Both the time and manner of Jesus’ departure were determined by God, for our good and for His glory.

The fact that Jesus left decisively should encourage us. If His post-resurrection appearances had just grown fewer and fewer and then petered out, nobody would have really known what was going on. Confusion, chaos, and discord would have reigned. But instead, as we read, Jesus visibly ascended to heaven in front of His disciples, leaving no one in any doubt that He had accomplished His purpose.

As He departed, Jesus lifted His hands in blessing. These early believers would have understood this gesture in a way that most of us do not today. At that time, it was customary for people of stature and significance not simply to walk out the door and leave but to bestow a blessing upon those who were under their care. Jesus’ disciples must surely have found it meaningful and deeply reassuring, then, that their final view of their beloved Master was the sight of Him making this familiar gesture. He would no longer be with them; but His blessing would be. They were His people, under His care, even as He returned to reign from heaven.

What a wonderful Lord we have, who lifted up His hands to be nailed to the cross and who now loves to lift His hands up in blessing His own. Jesus is far more willing to bless us than we are even to take the time to ask Him to bless us. He loves to do this. Is that the picture you have of Christ, with His hands raised in blessing on your life? You can. You should!

24The Lord bless you and keep you;

25the Lord make his face to shine upon you and be gracious to you;

26the Lord lift up his countenance3 upon you and give you peace.