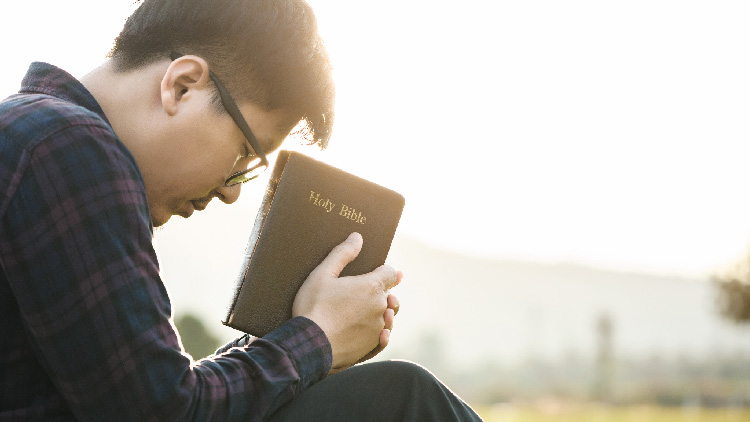 But he gives more grace. Therefore it says, “God opposes the proud but gives grace to the humble.” Submit yourselves therefore to God.
James 4:6-7

It seems hard to imagine now, but there was a time in the not-so-distant past when people hardly ever wore seat belts, and children weren’t required to have the sort of car seats they must have now. Without belts and latches to restrain them, it could prove rather difficult to get children to sit and stay sitting. The story is told of a young boy who found himself in the car with his mother. He was in the back seat, and, as boys tend to do, he found himself getting restless, so he was up and down and moving around. His mother, of course, told him he needed to sit. Finally, after repeated requests and repeated refusals, his mother felt the need to stop the car and exercise appropriate discipline. She then got him back in his seat and set off down the road again. A few seconds later, the boy mumbled from the back seat, “I may be sitting down on the outside, but I am standing up on the inside.”

That little story is likely to prompt us to smile—but it also sounds something of a warning for us. This boy, while outwardly obeying, was inwardly rebelling. How often might that characterize our own behavior toward God? Perhaps we outwardly do and say the right things, especially when we are in public and most of all in church, but inwardly we are thinking and feeling just the opposite. As innocent and normal as the scenario may seem, it was pride rearing up in that small boy’s heart that provoked that defiant comment—and it is pride that is rearing up in our own hearts when we sit down outwardly but stand up internally. And God sees all.

Real submission to God is the outworking of a truly humble heart. To submit to God is to align ourselves under His authority. By nature, we oppose authority and do not like to be told what to do. But obedience to God ought never to be grudging. We should submit with a joyful, happy abandonment to God’s will as it is revealed to us in His word. It is our delight to discover His truth and act accordingly.

Such joyful submission is possible because of the nature of the one to whom we submit. When we submit to the Lord Jesus Christ, we give ourselves to true freedom (Galatians 5:1). We yield to a light burden and an easy yoke (Matthew 11:30). So, take a close look at your own life and heart today. Are there ways in which you are sitting down on the outside but standing up on the inside—obeying God but grumbling about it and begrudging having to do it? There is always more grace for such pride, but it does need to be humbly repented of. What is it that you need to remember about God in order to do that, and then to submit willingly, joyfully, and wholly to His will for you?

15What then? Are we to sin because we are not under law but under grace? By no means! 16Do you not know that if you present yourselves to anyone as obedient slaves,3 you are slaves of the one whom you obey, either of sin, which leads to death, or of obedience, which leads to righteousness? 17But thanks be to God, that you who were once slaves of sin have become obedient from the heart to the standard of teaching to which you were committed, 18and, having been set free from sin, have become slaves of righteousness. 19I am speaking in human terms, because of your natural limitations. For just as you once presented your members as slaves to impurity and to lawlessness leading to more lawlessness, so now present your members as slaves to righteousness leading to sanctification.

20For when you were slaves of sin, you were free in regard to righteousness. 21But what fruit were you getting at that time from the things of which you are now ashamed? For the end of those things is death. 22But now that you have been set free from sin and have become slaves of God, the fruit you get leads to sanctification and its end, eternal life. 23For the wages of sin is death, but the free gift of God is eternal life in Christ Jesus our Lord.

Footnotes
3 6:16 For the contextual rendering of the Greek word doulos, see Preface (twice in this verse and verse 19; also once in verses 17, 20)
Topics: Humility Obedience Pride