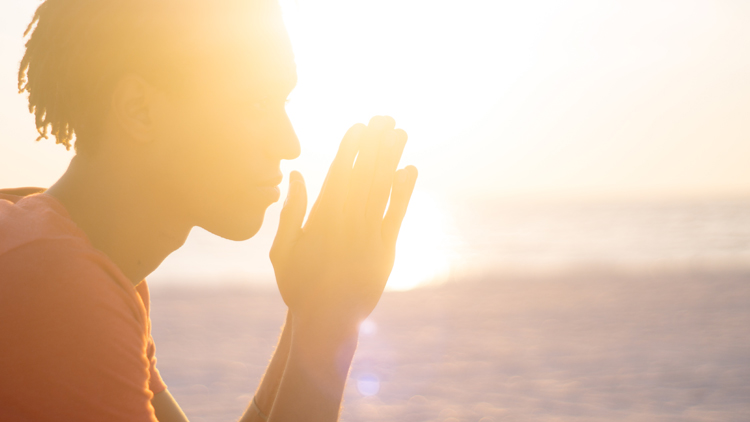 I know that through your prayers and the help of the Spirit of Jesus Christ this will turn out for my deliverance.
Philippians 1:19

The apostle Paul understood this well. The book of Acts charts the rapid expansion of the church throughout the eastern Mediterranean world, fueled in large part by his three great missionary journeys. Yet it concludes with Paul living under house arrest at his own expense for two whole years (Acts 28:30). From a human perspective, it would seem that by this point his situation was hopeless. The Jews had been trying to kill him for years. He’d been in a series of trials because of trumped-up charges. He’d faced shipwreck, beatings, and hardships. And now he was chained to a Roman soldier, with no freedom to come and go as he pleased. His circumstances seemed to indicate that everything was against him and against what God might accomplish through him.

Yet in the midst of Paul’s difficult circumstances, he was confident in the power of prayer. During his Roman imprisonment, Paul wrote to the Philippian church, “I know that through your prayers and the help of the Spirit of Jesus Christ this will turn out for my deliverance.” He also wrote a letter to his friend Philemon that contained the following words: “Prepare a guest room for me, for I am hoping that through your prayers I will be graciously given to you” (Philemon 22, emphasis added).

Paul’s letters indicate that he was confident that he would be released from prison, and he believed that his deliverance would come by means of the prayers of his believing friends. And though Acts never mentions Paul’s release, we can be fairly confident, from reading his other letters and Acts side by side, that he was indeed allowed to leave.

Paul was convinced that God was sovereign and that He was working everything out according to the eternal counsel of His will (Ephesians 1:11). But at the same time, he was not a determinist—he did not believe that nothing we do matters because nothing we do changes anything. That is because he knew that very often God works His plans out through means—through people. So Paul didn’t think that God’s sovereignty made prayer irrelevant, because he understood that God had ordained not only the end to which he was moving but also the means that would bring him there—means that included the prayers of God’s people.

God commands and expects you to pray. In a mysterious way that you cannot fully comprehend, your prayers are enfolded into the great outworking of His purposes. So when your life ceases to make sense and everything appears to be against you, don’t assume that God’s purposes for you have been thwarted. Direct your gaze to Him and ask others to join you in prayer. It may be that their prayers are the sovereign means that God will use to bring about your deliverance—for in His kindness, God has ordained that the prayers of His people really do change things.

Footnotes
1 11:1 Greek he
2 11:3 Or our bread for tomorrow
3 11:8 Or persistence
4 11:11 Some manuscripts insert bread, will give him a stone; or if he asks for
Topics: Christian Living Prayer Sovereignty of God