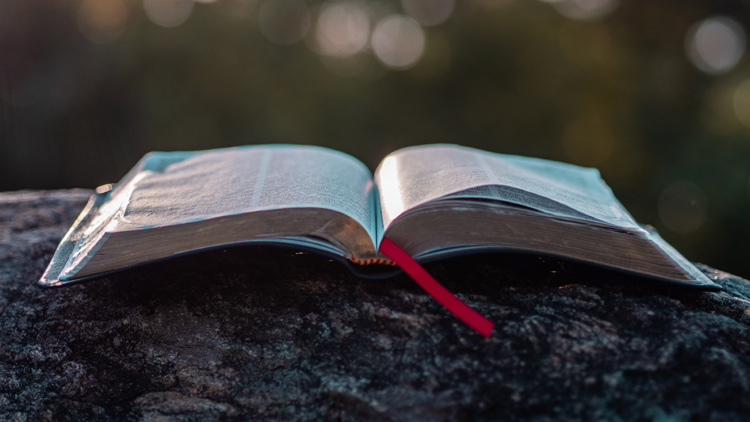 By faith the walls of Jericho fell down after they had been encircled for seven days.
Hebrews 11:30

If we desire to see fortresses fall, to see the gates of hell unhinged and laid in the dirt, to see pagan philosophies dismantled and the rampages of evil in our world torn down, we need to hear God’s word, believe it, and act in obedience to it. In other words, we need to learn from Joshua and the Israelites at the walls of Jericho.

When God’s people crossed into the promised land and reached the strategically vital city of Jericho, it was “shut up inside and outside because of the people of Israel. None went out, and none came in” (Joshua 6:1). Jericho was an impenetrable city. But the Lord came to Joshua and said, “See, I have given Jericho into your hand, with its king and mighty men of valor” (v 2). The means by which He would deliver the city to His people were detailed, and peculiar: they were to march round the city for six days and then seven times more on the seventh day, this time with the priests blowing their trumpets. In response to God’s promise, Joshua called the priests and armed men of Israel before him and conveyed the Lord’s word to the people, who then “went forward, blowing the trumpets, with the ark of the covenant of the LORD following them” as they marched around the city (v 8).

Why would anybody in their right mind do such a thing? The only plausible explanation is that the people had heard the word of the Lord spoken, believed that it was true, and acted in obedience. If this plan had been absent the word of God, it would have been nonsensical. If it had been heard by people who lacked real belief, they would never have carried it out. Because, and only because, Joshua and his men heard God’s message and put their faith in Him, they responded in obedience.

If we want to exercise faith on a daily basis in order that, like a muscle, it may grow to maturity, we have to abide in God’s word. We have to read it and ask, “What am I being promised? What am I being commanded? What will obedience look like in my life today?” This kind of daily communion with the Lord through His word strengthens our faith and produces steadfast obedience so that as we live our Christian lives, as we persevere through trials, as we obey God simply and only because we believe His promises to us, God says, I’ll bring the walls down.

The Fall of Jericho

1Now Jericho was shut up inside and outside because of the people of Israel. None went out, and none came in. 2And the Lord said to Joshua, “See, I have given Jericho into your hand, with its king and mighty men of valor. 3You shall march around the city, all the men of war going around the city once. Thus shall you do for six days. 4Seven priests shall bear seven trumpets of rams' horns before the ark. On the seventh day you shall march around the city seven times, and the priests shall blow the trumpets. 5And when they make a long blast with the ram's horn, when you hear the sound of the trumpet, then all the people shall shout with a great shout, and the wall of the city will fall down flat,1 and the people shall go up, everyone straight before him.” 6So Joshua the son of Nun called the priests and said to them, “Take up the ark of the covenant and let seven priests bear seven trumpets of rams' horns before the ark of the Lord.” 7And he said to the people, “Go forward. March around the city and let the armed men pass on before the ark of the Lord.”

8And just as Joshua had commanded the people, the seven priests bearing the seven trumpets of rams' horns before the Lord went forward, blowing the trumpets, with the ark of the covenant of the Lord following them. 9The armed men were walking before the priests who were blowing the trumpets, and the rear guard was walking after the ark, while the trumpets blew continually. 10But Joshua commanded the people, “You shall not shout or make your voice heard, neither shall any word go out of your mouth, until the day I tell you to shout. Then you shall shout.” 11So he caused the ark of the Lord to circle the city, going about it once. And they came into the camp and spent the night in the camp.

15On the seventh day they rose early, at the dawn of day, and marched around the city in the same manner seven times. It was only on that day that they marched around the city seven times. 16And at the seventh time, when the priests had blown the trumpets, Joshua said to the people, “Shout, for the Lord has given you the city. 17And the city and all that is within it shall be devoted to the Lord for destruction.2 Only Rahab the prostitute and all who are with her in her house shall live, because she hid the messengers whom we sent. 18But you, keep yourselves from the things devoted to destruction, lest when you have devoted them you take any of the devoted things and make the camp of Israel a thing for destruction and bring trouble upon it. 19But all silver and gold, and every vessel of bronze and iron, are holy to the Lord; they shall go into the treasury of the Lord.” 20So the people shouted, and the trumpets were blown. As soon as the people heard the sound of the trumpet, the people shouted a great shout, and the wall fell down flat, so that the people went up into the city, every man straight before him, and they captured the city.