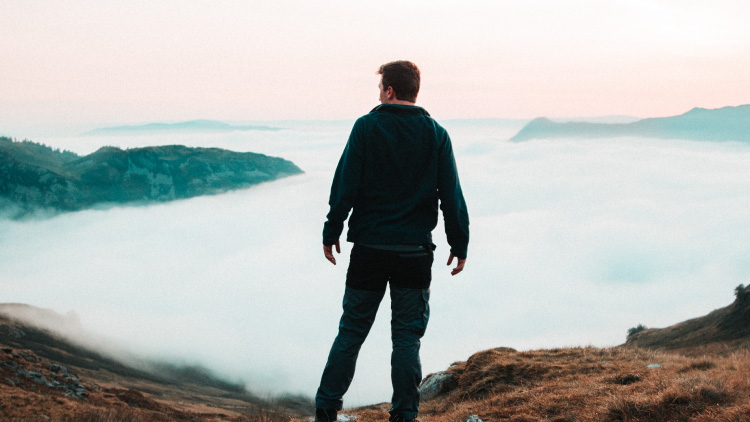 They brought to the Pharisees the man who had formerly been blind.
John 9:13

The great tragedy of John 9 is not that a man had been blind for years until he met Jesus, but that a group of men were left spiritually blind despite having seen the work of Jesus.

The healing and transformation of the life of the man born blind caused a great stir in his community. Presumably he had been so much a part of people’s surroundings that it was easy to disregard him. Yet suddenly their normal daily experience was disrupted. The man who was once blind could now see perfectly well, and he was no longer asking for money (John 9:8-10).

Unable to solve this mystery, they presented the formerly blind man to the religious leaders, the Pharisees, to see if they could shed some light on what had occurred. What followed was not a conversation between the man and the Pharisees so much as an interrogation. Instead of rejoicing in his story, they challenged his testimony.

The reason for the Pharisees’ harsh reaction, at least on the surface, was that the man had been healed on the Sabbath (John 9:14-16). The religious leaders were unable to rejoice in the restoration of his sight because they were blinded by their religious formalism. The forms and structures of religion that they boasted in were the very things that proved to be a barrier to their faith in Jesus. They kept their lists of what was acceptable, and so they were unable to recognize the work of the God they claimed to worship, even when the evidence was quite literally (and miraculously) looking them in the face.

Religious formalism cannot face the dramatic impact that Jesus makes when He takes a person and turns him or her upside down—which is actually to turn them the right way up! Unwilling to acknowledge their own need for transformation—and the truth that only a radical internal transformation gives significance to the religious life—religious formalists hide behind maintaining appearances. Nothing challenges the religious formalist more than coming face-to-face with someone who has had their eyes opened to the salvation that is found in Jesus.

The Pharisees’ reaction to the blind man’s healing teaches us, then, to beware of the dangers of religious formalism. A blind commitment to religion has the potential to keep us from Jesus, just as it did with them.

Have your eyes been opened to the salvation found only in Jesus? Or has your focus on religious performance prevented you from rejoicing in the wonder of God’s amazing grace? Are you weighed down by religion’s burden or rejoicing in the awesome, often surprising work of the Lord Jesus? Look to Him alone for salvation and accept that He will not be constrained by your assumptions, for then you’ll find a joy, a transformation, and an excitement in the gospel that no amount of rule-keeping could ever provide.

Righteousness Through Faith in Christ

1Finally, my brothers,1 rejoice in the Lord. To write the same things to you is no trouble to me and is safe for you.

2Look out for the dogs, look out for the evildoers, look out for those who mutilate the flesh. 3For we are the circumcision, who worship by the Spirit of God2 and glory in Christ Jesus and put no confidence in the flesh— 4though I myself have reason for confidence in the flesh also. If anyone else thinks he has reason for confidence in the flesh, I have more: 5circumcised on the eighth day, of the people of Israel, of the tribe of Benjamin, a Hebrew of Hebrews; as to the law, a Pharisee; 6as to zeal, a persecutor of the church; as to righteousness under the law,3 blameless. 7But whatever gain I had, I counted as loss for the sake of Christ. 8Indeed, I count everything as loss because of the surpassing worth of knowing Christ Jesus my Lord. For his sake I have suffered the loss of all things and count them as rubbish, in order that I may gain Christ 9and be found in him, not having a righteousness of my own that comes from the law, but that which comes through faith in Christ, the righteousness from God that depends on faith— 10that I may know him and the power of his resurrection, and may share his sufferings, becoming like him in his death, 11that by any means possible I may attain the resurrection from the dead.