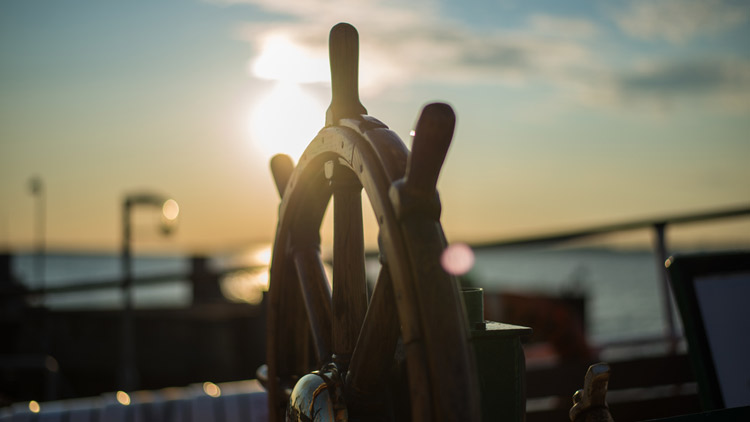 Many people get off to a flying start in life only to later lose whatever it was that once made them successful. Perhaps they were well known as a young man or woman. At the age of 40, their life was one of prominence, influence, and status. In the church, we can see such individuals—indeed, we can see ourselves—as supremely useful to God. But too often we are then tempted to become masters of yesterday, frequently looking back to the “good years” and grumbling about the way things have become.

Although it’s true of so many, this was not at all true of Caleb, who fled from potential apathy and kept on in faith. He spent his middle years in a less than desirable environment. From the age of 40, he was stuck wandering around the wilderness for four decades because the people around him had failed to have faith in God. Yet during this time of frustration and wanderings, Caleb remained free of embitterment and disgruntlement.

In fact, things eventually got so bad that the people began to look for a leader to take them back to the good old days (Numbers 14:4). Yet no one really needs a leader to go backward; you can just go back! We need leaders to push us forward. There is a tomorrow. There are generations yet to come. There are purposes yet to be unfolded in God’s plan for our world.

Caleb reveals this spirit. The apparent commitment of his early life was matched by his consistency in the middle years. He was committed and consistent not only at 40 but also at 50 and 60 and 70. Throughout the decades, he “wholly followed the LORD.”

For many, marriage, the establishment of a home, business concerns, health issues, and so on are often accompanied by a loss of spiritual ardor and effectiveness. Many are those who have great resources, energy, and wisdom to offer but who decide instead to chill out, leaving the work of ministry to the next generation. Like the Israelites in the wilderness, they settle for disinterest, criticism, and cynicism, failing to see the disintegration in their own spiritual lives.

What about your commitment, your conversations, and your spiritual edge? Are they the same as they once were? There is a great need in the church today, as there was in Israel’s wilderness generation, for experienced men and women of faith who live lives marked by consistent commitment, in good times and bad, in season and out, as through the years they walk toward the inheritance that the Lord has promised His faithful followers. What will that look like for you today—and in ten years?

The Continuing Conquest of Canaan

1After the death of Joshua, the people of Israel inquired of the Lord, “Who shall go up first for us against the Canaanites, to fight against them?” 2The Lord said, “Judah shall go up; behold, I have given the land into his hand.” 3And Judah said to Simeon his brother, “Come up with me into the territory allotted to me, that we may fight against the Canaanites. And I likewise will go with you into the territory allotted to you.” So Simeon went with him. 4Then Judah went up and the Lord gave the Canaanites and the Perizzites into their hand, and they defeated 10,000 of them at Bezek. 5They found Adoni-bezek at Bezek and fought against him and defeated the Canaanites and the Perizzites. 6Adoni-bezek fled, but they pursued him and caught him and cut off his thumbs and his big toes. 7And Adoni-bezek said, “Seventy kings with their thumbs and their big toes cut off used to pick up scraps under my table. As I have done, so God has repaid me.” And they brought him to Jerusalem, and he died there.

8And the men of Judah fought against Jerusalem and captured it and struck it with the edge of the sword and set the city on fire. 9And afterward the men of Judah went down to fight against the Canaanites who lived in the hill country, in the Negeb, and in the lowland. 10And Judah went against the Canaanites who lived in Hebron (now the name of Hebron was formerly Kiriath-arba), and they defeated Sheshai and Ahiman and Talmai.

11From there they went against the inhabitants of Debir. The name of Debir was formerly Kiriath-sepher. 12And Caleb said, “He who attacks Kiriath-sepher and captures it, I will give him Achsah my daughter for a wife.” 13And Othniel the son of Kenaz, Caleb's younger brother, captured it. And he gave him Achsah his daughter for a wife. 14When she came to him, she urged him to ask her father for a field. And she dismounted from her donkey, and Caleb said to her, “What do you want?” 15She said to him, “Give me a blessing. Since you have set me in the land of the Negeb, give me also springs of water.” And Caleb gave her the upper springs and the lower springs.

16And the descendants of the Kenite, Moses' father-in-law, went up with the people of Judah from the city of palms into the wilderness of Judah, which lies in the Negeb near Arad, and they went and settled with the people. 17And Judah went with Simeon his brother, and they defeated the Canaanites who inhabited Zephath and devoted it to destruction. So the name of the city was called Hormah.1 18Judah also captured Gaza with its territory, and Ashkelon with its territory, and Ekron with its territory. 19And the Lord was with Judah, and he took possession of the hill country, but he could not drive out the inhabitants of the plain because they had chariots of iron. 20And Hebron was given to Caleb, as Moses had said. And he drove out from it the three sons of Anak.