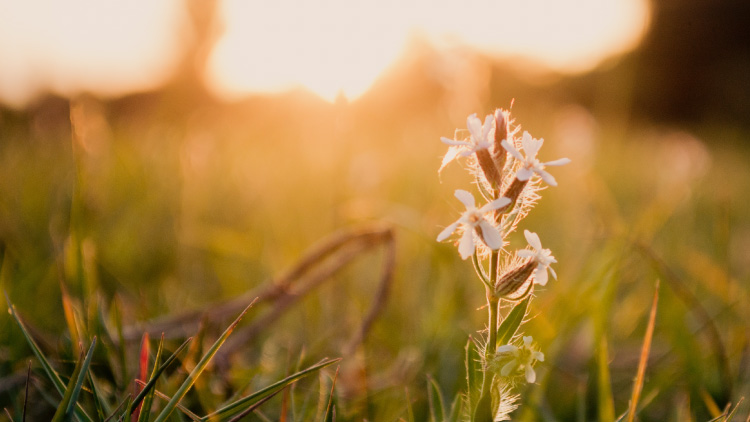 Then Samuel went to Ramah, and Saul went up to his house in Gibeah of Saul. And Samuel did not see Saul again until the day of his death, but Samuel grieved over Saul.
1 Samuel 15:34-35

Despite Saul’s promising beginnings as Israel’s first king, before long he floundered and failed. His problem was not a lack of ability but a lack of obedience. So Samuel confronted Saul about his rebellion against God’s word and told him that God had rejected him as king (1 Samuel 15:23). Evidently, Samuel had some affection for Saul, which is why Saul’s failure shook the prophet, causing him to grieve.

Though Samuel enjoyed a privileged and distinctive position as the one who brought the word of God to the people, he was not removed or distanced in his response to all that unfolded. Because the prophet loved those under his care, it was only fitting that he grieved over their sin and suffering. And this sadness also led him to prayer. At one point, dismayed by the people’s actions, he declared, “Far be it from me that I should sin against the LORD by ceasing to pray for you” (1 Samuel 12:23). The prophet grieved for them and prayed for them because he cared for them.

Leadership brings with it particular privileges. But those privileges are partnered with perils. Effective leadership requires an emotional investment in those being led—and so the burdens of leadership are in large measure directly tied to those who are being led. Sometimes those people disappoint greatly and sometimes they suffer greatly, and both occurrences will weigh on a good leader. As we see with Samuel, it is not the shepherd’s role to condemn when those in his care stumble and fall. Rather, the role of the shepherd is marked by grief. If it means anything for us to be united in heart, mind, and purpose, then it must mean something to us when those for whom we have affection stumble and fall.

Though this is particularly true of leadership, Samuel’s example should cause all of us to stop and ask, “What makes me cry? What makes me smile? And what do I do when I cry and when I smile?” The answer to these questions is a real indication of where you are in your spiritual progress. Seek to make sure that your life is marked by true affection for those around you, and especially those the Lord has given you responsibility for in some way—a true affection that grieves over sin and suffering in the lives of those you care for. And then be sure to respond as Samuel did: with faithful prayer to the one who promises that, one day, as you stand in His presence, He will “wipe away every tear” (Revelation 21:4).

6But now that Timothy has come to us from you, and has brought us the good news of your faith and love and reported that you always remember us kindly and long to see us, as we long to see you— 7for this reason, brothers,2 in all our distress and affliction we have been comforted about you through your faith. 8For now we live, if you are standing fast in the Lord. 9For what thanksgiving can we return to God for you, for all the joy that we feel for your sake before our God, 10as we pray most earnestly night and day that we may see you face to face and supply what is lacking in your faith?

Footnotes
2 3:7 Or brothers and sisters
Topics: Grief Loving Others Suffering