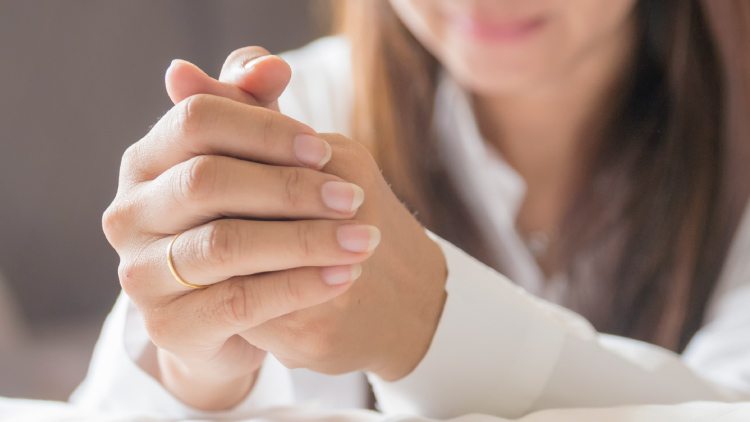 But the thing displeased Samuel when they said, “Give us a king to judge us.” And Samuel prayed to the Lord.
1 Samuel 8:6

How do you react when something displeases you?

It is understandable that when the people of Israel asked for a king, the prophet Samuel was displeased. After all, there was a personal slight in the request. Samuel had judged the people well, demonstrating leadership at its finest. He had preached repentance, and the people had repented. He had prayed for them, and the Philistine forces had been vanquished without any weapons being lifted in defense or to attack (1 Samuel 7:5-10). Finally, a stone of remembrance had been set up to signify God’s goodness to Israel for time immemorial (v 12-13). Samuel had done his best—and his best had been good.

But the years had passed since those victories. Samuel had grown old, and the leaders of Israel had decided it was time for a change. They were ready to push Samuel out and move on.

Samuel’s immediate and understandable reaction was to be unhappy and angry. But he didn’t dwell there. Instead, his second reaction was to pray. Samuel’s disapproval led him to talk to God about all that was happening and to seek His counsel and His intervention.

We see a similar first and second reaction in the book of Nehemiah. When Nehemiah heard the news that had come out of Jerusalem concerning the destruction and chaos that was taking place there, he sat down and wept. But then, for many days, he prayed to God and fasted (Nehemiah 1:1-4). His first reaction was to weep; his second reaction was to pray.

The actions of Samuel and Nehemiah set us a challenging example. When something displeases you and your first reaction to a situation is anger, sorrow, or disappointment, what’s your second reaction? Perhaps you tend to tell everybody how let down you have been, or you brood in self-pity or lash out. But here’s the challenge: while it is understandable to weep or to feel displeased, we are not to stay like that, and we are to make sure that our second reaction is to pray. Like Samuel, when something has caused you displeasure, let your second reaction be to talk to God about all that is happening, seeking His perspective and His help in the situations before you.

1The words of Nehemiah the son of Hacaliah.

Now it happened in the month of Chislev, in the twentieth year, as I was in Susa the citadel, 2that Hanani, one of my brothers, came with certain men from Judah. And I asked them concerning the Jews who escaped, who had survived the exile, and concerning Jerusalem. 3And they said to me, “The remnant there in the province who had survived the exile is in great trouble and shame. The wall of Jerusalem is broken down, and its gates are destroyed by fire.”

4As soon as I heard these words I sat down and wept and mourned for days, and I continued fasting and praying before the God of heaven. 5And I said, “O Lord God of heaven, the great and awesome God who keeps covenant and steadfast love with those who love him and keep his commandments, 6let your ear be attentive and your eyes open, to hear the prayer of your servant that I now pray before you day and night for the people of Israel your servants, confessing the sins of the people of Israel, which we have sinned against you. Even I and my father's house have sinned. 7We have acted very corruptly against you and have not kept the commandments, the statutes, and the rules that you commanded your servant Moses. 8Remember the word that you commanded your servant Moses, saying, ‘If you are unfaithful, I will scatter you among the peoples, 9but if you return to me and keep my commandments and do them, though your outcasts are in the uttermost parts of heaven, from there I will gather them and bring them to the place that I have chosen, to make my name dwell there.’ 10They are your servants and your people, whom you have redeemed by your great power and by your strong hand. 11O Lord, let your ear be attentive to the prayer of your servant, and to the prayer of your servants who delight to fear your name, and give success to your servant today, and grant him mercy in the sight of this man.”

Now I was cupbearer to the king.