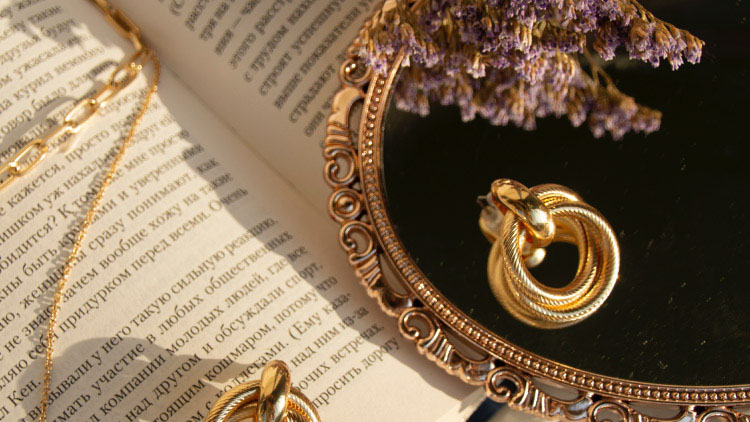 Let the lowly brother boast in his exaltation, and the rich in his humiliation, because like a flower of the grass he will pass away. For the sun rises with its scorching heat and withers the grass; its flower falls, and its beauty perishes. So also will the rich man fade away in the midst of his pursuits.
James 1:9-11

The most famous work of the Scottish economist Adam Smith, The Wealth of Nations, was first published in 1776, the same year that the Thirteen American Colonies declared their independence from Great Britain. In the years that followed, the new nation (along with most of what became the Western world) embraced this book and its argument, becoming one of the finest examples of economic prosperity that the world has ever witnessed—and, along the way, reinforcing for its population the unfortunate idea that human existence is largely about financial success.

James does not say that there is anything wrong with wealth. Through him, though, the Holy Spirit does remind the affluent that life in God’s world is not about the accumulation of riches. Rather, we are to remember that we are as frail as a summer flower and that riches are fleeting. James calls us to use godly wisdom, which enables us to view our possessions and circumstances from a perspective that is both right and radical—right because it is a view based on the reality of eternity; and radical because it will lead us to hold loosely to what we have, being far quicker to give it away than to grasp it tightly.

There is nothing wrong with wealth, but there is danger in having it. Jesus gave his own warning: “Be on your guard against all covetousness, for one’s life does not consist in the abundance of his possessions” (Luke 12:15). He spoke of a rich fool who didn’t apply this wisdom, instead building bigger barns in which to store all his crops and relying on his wealth to enjoy his life—yet that very night God demanded that life from him (v 16-20). This man relied on foolish wisdom rather than God’s, and Jesus said we, too, are foolish if we lay up treasure for ourselves and yet are not rich toward God (v 21).

True riches can never be found or placed in earthly banks, vaults, or portfolios. We might be tempted to use these as a basis for significance or security, but the wisdom of God shows their hollowness. So, instead of pursuing that which will fade, do as James instructs: focus on using your possessions wisely, generously, and for kingdom business—no matter how great or small they might be.

Lay Up Treasures in Heaven

19“Do not lay up for yourselves treasures on earth, where moth and rust5 destroy and where thieves break in and steal, 20but lay up for yourselves treasures in heaven, where neither moth nor rust destroys and where thieves do not break in and steal. 21For where your treasure is, there your heart will be also.

24“No one can serve two masters, for either he will hate the one and love the other, or he will be devoted to the one and despise the other. You cannot serve God and money.6

Do Not Be Anxious

25“Therefore I tell you, do not be anxious about your life, what you will eat or what you will drink, nor about your body, what you will put on. Is not life more than food, and the body more than clothing? 26Look at the birds of the air: they neither sow nor reap nor gather into barns, and yet your heavenly Father feeds them. Are you not of more value than they? 27And which of you by being anxious can add a single hour to his span of life?7 28And why are you anxious about clothing? Consider the lilies of the field, how they grow: they neither toil nor spin, 29yet I tell you, even Solomon in all his glory was not arrayed like one of these. 30But if God so clothes the grass of the field, which today is alive and tomorrow is thrown into the oven, will he not much more clothe you, O you of little faith? 31Therefore do not be anxious, saying, ‘What shall we eat?’ or ‘What shall we drink?’ or ‘What shall we wear?’ 32For the Gentiles seek after all these things, and your heavenly Father knows that you need them all. 33But seek first the kingdom of God and his righteousness, and all these things will be added to you.

34“Therefore do not be anxious about tomorrow, for tomorrow will be anxious for itself. Sufficient for the day is its own trouble.

Footnotes
5 6:19 Or worm; also verse 20
6 6:24 Greek mammon, a Semitic word for money or possessions
7 6:27 Or a single cubit to his stature; a cubit was about 18 inches or 45 centimeters
Topics: Greed Humility Wisdom