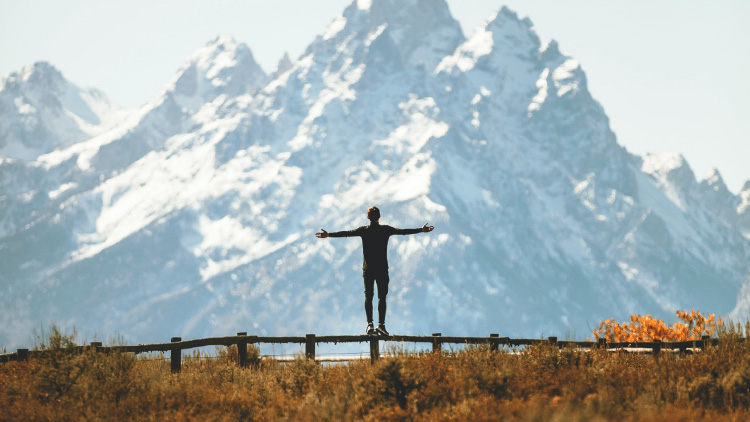 The Cross Opens Our Eyes

When the centurion saw what had taken place, he praised God, saying, “Certainly this man was innocent!”
Luke 23:47

We have not understood the cross unless it has changed us personally.

After Jesus “breathed his last” (Luke 23:46), Luke records for us the reactions of those who witnessed the crucifixion. “All the crowds that had assembled for this spectacle, when they saw what had taken place, returned home beating their breasts” (v 48). Yes, there was sadness, but once the spectacle was over, they left to get on with their lives. Verse 49 then informs us that “all his acquaintances … stood at a distance watching”—and we can only imagine what was running through their minds. But the most striking and the most personal reaction that Luke captures is that of the Roman centurion, who, seeing what had happened, “praised God, saying, ‘Certainly this man was innocent!’”—or, as the NIV renders it, “Surely this was a righteous man.”

Here, amid the darkness of hypocritical religious leaders, cynical rulers, and callous passersby, is a glimmer of light. Perhaps the last person we would expect to see the truth—a man with no previous connection to Jesus, no background in Old Testament studies, and no predisposition to the things of God—not only grasped what he was looking at but responded personally to it. He saw “what had taken place”—the words of Jesus, the darkness overhead, the manner of His death—and realized, Here is no ordinary man. Here is a man who is different from every other man. Here is a man who is entirely innocent, wholly righteous. Indeed, Mark adds that the centurion confessed that the man on the cross was “the Son of God” (Mark 15:39).

With his eye for detail, Luke places a clear emphasis on seeing what took place on the cross. He probably hoped that some readers would remember that when Jesus had read from the scroll of Isaiah earlier in His ministry, He had said, “The Spirit of the Lord … has anointed me to proclaim good news to the poor … to proclaim liberty to the captives and recovering of sight to the blind” (Luke 4:18). Indeed, a great theme found throughout the Gospel of Luke is that of darkness being invaded by light—the confusion and hardness of people’s hearts and minds being invaded by the liberating power of God’s truth.

Any attempt to articulate Christianity that denies the centrality of the cross can never lead to saving faith. And while we do not always understand how the Spirit moves in leading men and women to be born again, our message must always and ever be the same: “Christ crucified” (1 Corinthians 1:23). It is beholding the cross that brings life for anyone who responds to the man who hung there by confessing who He is and praising God for His saving work. Unless and until the cross is personal to us, it is useless for us. So, when was the last time you simply looked at your Savior on the cross and praised God?

Christ the Wisdom and Power of God

18For the word of the cross is folly to those who are perishing, but to us who are being saved it is the power of God. 19For it is written,

“I will destroy the wisdom of the wise,

20Where is the one who is wise? Where is the scribe? Where is the debater of this age? Has not God made foolish the wisdom of the world? 21For since, in the wisdom of God, the world did not know God through wisdom, it pleased God through the folly of what we preach2 to save those who believe. 22For Jews demand signs and Greeks seek wisdom, 23but we preach Christ crucified, a stumbling block to Jews and folly to Gentiles, 24but to those who are called, both Jews and Greeks, Christ the power of God and the wisdom of God. 25For the foolishness of God is wiser than men, and the weakness of God is stronger than men.

26For consider your calling, brothers: not many of you were wise according to worldly standards,3 not many were powerful, not many were of noble birth. 27But God chose what is foolish in the world to shame the wise; God chose what is weak in the world to shame the strong; 28God chose what is low and despised in the world, even things that are not, to bring to nothing things that are, 29so that no human being4 might boast in the presence of God. 30And because of him5 you are in Christ Jesus, who became to us wisdom from God, righteousness and sanctification and redemption, 31so that, as it is written, “Let the one who boasts, boast in the Lord.”