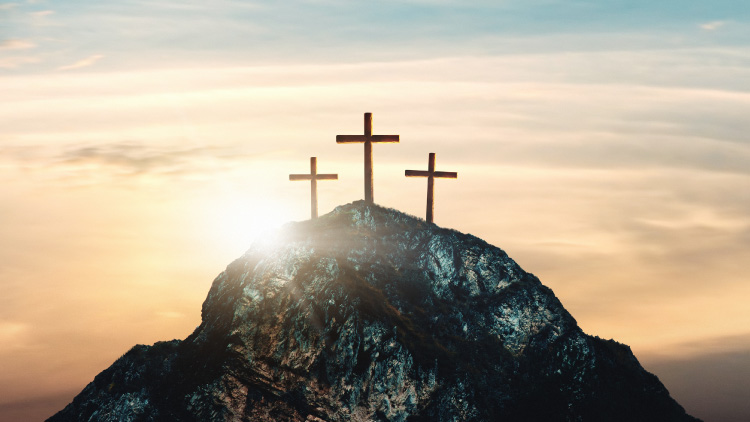 The Stone Was Rolled Away

When we consider Jesus as Messiah, most of us think immediately in personal terms: Jesus is my Messiah. He forgives my sins. He lives in me. All of which, of course, is true. But 1st-century Jewish expectations concerning the messiahship of Jesus were far broader than that. If we had talked with a 1st-century Jew about his or her messianic expectations, we would have discovered hopes that were, in a sense, far grander in scope.

The Jews anticipated that their long-awaited Messiah would come to defeat the pagans who held sway over them, to rebuild the temple, and to establish God’s just rule upon the earth. Theirs was a nationalistic hope—a hope that the Messiah would come and vindicate the nation of Israel. Jesus’ arrival, together with the miracles He performed, the stories He told, and the prophecies He fulfilled, built to a great crescendo of expectation among His followers. But just when they began to think that He really would be the one to politically redeem the people of Israel, at Calvary they saw all their messianic hopes hanging up on a Roman gibbet. And when Jesus cried out, “It is finished” (John 19:30), many of them must have agreed.

How, then, did this group of believers, whose messianic hopes had been buried in a Palestinian tomb, not only continue to believe that Jesus was the Messiah but stand in the streets near where He had been executed and make an unashamed declaration of His messiahship? The answer which comes reverberating through the pages of the New Testament is found in the bodily resurrection of Jesus. The angelic announcement to the women who had brought spices to embalm a corpse provoked a radical reassessment of what the believers had witnessed on the Friday and a complete change in their view of their lives and futures. When the Messiah reappeared among them, as alive as ever, these previously sad, sorrowful, defeated, and brokenhearted disciples were transformed into bold, joyful witnesses. They now bore testimony to the reality of Christ resurrected with a body that could be seen, handled, and touched, and yet possessing capacities to do what His pre-resurrection body had not done. His work of salvation was finished; His life and His reign were most certainly not!

1But on the first day of the week, at early dawn, they went to the tomb, taking the spices they had prepared. 2And they found the stone rolled away from the tomb, 3but when they went in they did not find the body of the Lord Jesus. 4While they were perplexed about this, behold, two men stood by them in dazzling apparel. 5And as they were frightened and bowed their faces to the ground, the men said to them, “Why do you seek the living among the dead? 6He is not here, but has risen. Remember how he told you, while he was still in Galilee, 7that the Son of Man must be delivered into the hands of sinful men and be crucified and on the third day rise.” 8And they remembered his words, 9and returning from the tomb they told all these things to the eleven and to all the rest. 10Now it was Mary Magdalene and Joanna and Mary the mother of James and the other women with them who told these things to the apostles, 11but these words seemed to them an idle tale, and they did not believe them. 12But Peter rose and ran to the tomb; stooping and looking in, he saw the linen cloths by themselves; and he went home marveling at what had happened.