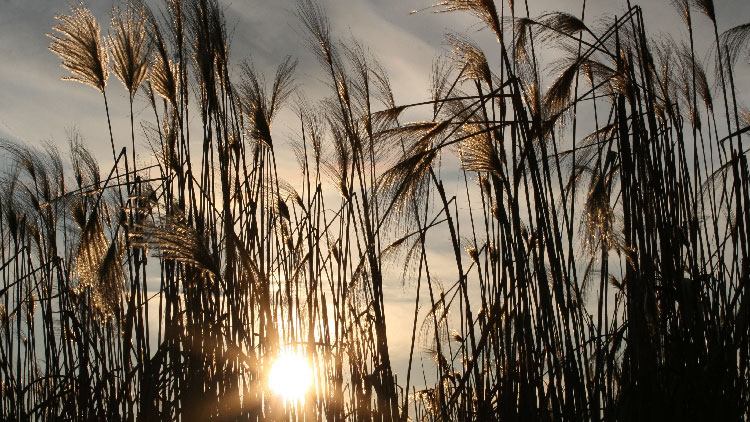 The Joy of Inadequacy

Not that we are sufficient in ourselves to claim anything as coming from us, but our sufficiency is from God, who has made us sufficient to be ministers of a new covenant.
2 Corinthians 3:5-6

God’s purpose for His people in every age is that we will depend upon Him entirely.

This dependence does not come naturally to us because one of the great idols of every age is that of power. Its allure is strong, its ability to corrupt even stronger. And what’s true now has always been so: those who obtain power are those bold enough to pursue it, and they tend to be marked by characteristics like charisma and strong personalities. This is how many measure strength and usefulness. Tragically, even within the church, leaders have often been given authority and influence because of their magnetism rather than their character and because of their ambition rather than their humility.

Paul was well acquainted with such miscalculations. In fact, he even spent portions of two letters instructing the Corinthian church not to evaluate spiritual leaders by worldly standards. On some occasions, the Corinthians were tempted to align themselves with their favorite orators and to cherish worldly wisdom. On others, Paul had to combat the influence of so-called “super-apostles” whose strength, gifting, and power were observable in a way which the Corinthians found appealing (2 Corinthians 11:5; 12:11).

By contrast, Paul said, “When I am weak, then I am strong” (2 Corinthians 12:10). He knew that the power of Christ was put on display in his weakness, and he readily confessed that he was not adequate for the work entrusted to him: “Who is sufficient for these things?” (2:16).

We may not be “super-apostles,” but we can relate to the temptation of worldly thinking. We are all prone to rely on ourselves—on our personalities or on our gifts. What we must learn is that spiritual usefulness isn’t found in such things. Instead, it is discovered when we humble ourselves before God, when we acknowledge that we are wholly inadequate. Paul’s confession must be ours: weakness is actually strength. The very nature of the “new covenant,” made by Jesus in His blood and to which we bring nothing but our sin, should be all we need to remind us that we do not have what we need but that He does. God is at work to bring us to that point—to convince us that He alone is adequate. Do we want to grow in boldness? Then we must embrace our weakness before God, and He will lead us to faith-filled boldness before others. Do we want to grow in usefulness? Then we must embrace our inadequacy in private, and God will prove His sufficiency through us.

Have you considered the possibility that one of the greatest barriers to your usefulness in serving God may actually be your own sense of personal adequacy? Be sure to commit time to prayer and ask God to show you whether the delusion of self-sufficiency has seeped into your thinking in one way or another. Ask Him to take it from you, that you may serve in the freedom and joy of inadequacy—and watch Him do the work!

1Then Jerubbaal (that is, Gideon) and all the people who were with him rose early and encamped beside the spring of Harod. And the camp of Midian was north of them, by the hill of Moreh, in the valley.

2The Lord said to Gideon, “The people with you are too many for me to give the Midianites into their hand, lest Israel boast over me, saying, ‘My own hand has saved me.’ 3Now therefore proclaim in the ears of the people, saying, ‘Whoever is fearful and trembling, let him return home and hurry away from Mount Gilead.’” Then 22,000 of the people returned, and 10,000 remained.

16And he divided the 300 men into three companies and put trumpets into the hands of all of them and empty jars, with torches inside the jars. 17And he said to them, “Look at me, and do likewise. When I come to the outskirts of the camp, do as I do. 18When I blow the trumpet, I and all who are with me, then blow the trumpets also on every side of all the camp and shout, ‘For the Lord and for Gideon.’”

19So Gideon and the hundred men who were with him came to the outskirts of the camp at the beginning of the middle watch, when they had just set the watch. And they blew the trumpets and smashed the jars that were in their hands. 20Then the three companies blew the trumpets and broke the jars. They held in their left hands the torches, and in their right hands the trumpets to blow. And they cried out, “A sword for the Lord and for Gideon!” 21Every man stood in his place around the camp, and all the army ran. They cried out and fled. 22When they blew the 300 trumpets, the Lord set every man's sword against his comrade and against all the army. And the army fled as far as Beth-shittah toward Zererah,1 as far as the border of Abel-meholah, by Tabbath. 23And the men of Israel were called out from Naphtali and from Asher and from all Manasseh, and they pursued after Midian.