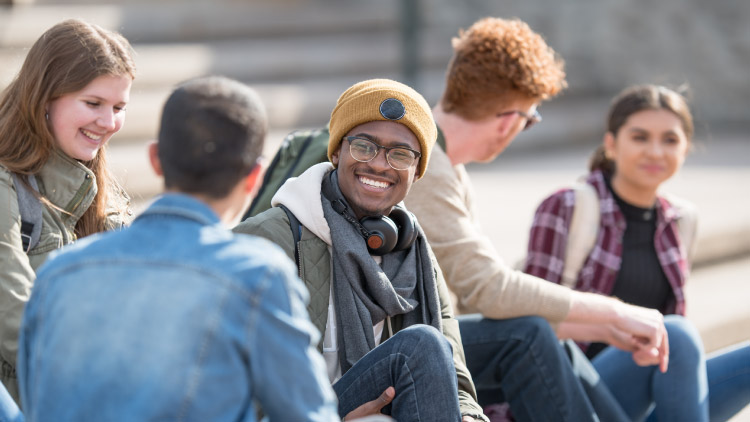 The Gift of Godly Friends

Embarking in a ship of Adramyttium, which was about to sail to the ports along the coast of Asia, we put to sea, accompanied by Aristarchus, a Macedonian from Thessalonica. The next day we put in at Sidon. And Julius treated Paul kindly and gave him leave to go to his friends and be cared for.
Acts 27:2-3

The day had dawned, and Paul’s great longing to go to Rome was nearing its realization. He was one of a number of prisoners whose destination was the city at the center of the known world. But at the outset of their journey, Luke provides us with details that appear at first glance to be extraneous and irrelevant. He and Paul, he tells us, were “accompanied by Aristarchus, a Macedonian from Thessalonica.”

Aristarchus is not a well-known Bible character. From the few places where he’s mentioned, we know that he was a good man to have around at any time, but especially during difficult times. He first appears in Acts 19:29, where he ends up in harm’s way when Paul and his companions are set upon by a mob. He is also mentioned at the end of Colossians (Colossians 4:10) and of Philemon (Philemon 24). If these two epistles were written from Rome, as is likely, then Aristarchus evidently remained with Paul throughout his entire journey to Rome and his subsequent imprisonment.

The mention of Aristarchus’s presence with Paul reminds us that even this great apostle to the Gentiles was not beyond the need of friendship. Paul is such a significant figure that we may be tempted almost to deify him, assuming that he was above and beyond such “worldly necessities.” But in actual fact, he cherished friendship. When he wrote his second letter to Timothy at the end of his life, he finished the epistle by asking not only for scrolls and his cloak (2 Timothy 4:13) but also the quick arrival of Timothy (v 9). The scrolls would stimulate his mind. His cloak would deal with the cold. But he needed Timothy because, to Paul, friendship really mattered.

Paul’s need for friendship is revealed again when Luke tells us that, upon reaching Sidon on the way to Rome, Paul was allowed by the centurion overseeing the prisoners “to go to his friends and be cared for.” Was it out of place for the mighty apostle to be cared for by others? Not at all! Paul embraced his weakness and dependence on others because he knew that Christ’s “power is made perfect in weakness” (2 Corinthians 12:9).

The sooner we discover how weak we really are, the sooner we learn the value of friendship. No matter how strong or gifted you may be, you are not Superman. If this mighty apostle needed companions in his life, then you do as well. Friendship is a wonderful gift that God has given so that you might be encouraged and supported as you journey through this life. Today, then, consider the godly friends that the Lord has placed around you. Offer thanks for their love and support. And above all, pray for their endurance and encouragement in the faith, knowing that just as you need them to point you to Christ, so they need you.

6Faithful are the wounds of a friend;

profuse are the kisses of an enemy.

7One who is full loathes honey,

but to one who is hungry everything bitter is sweet.

is a man who strays from his home.

and the sweetness of a friend comes from his earnest counsel.1

10Do not forsake your friend and your father's friend,

and do not go to your brother's house in the day of your calamity.

Better is a neighbor who is near

than a brother who is far away.

Footnotes
1 27:9 Or and so does the sweetness of a friend that comes from his earnest counsel
Topics: Church Life Friendship Humility