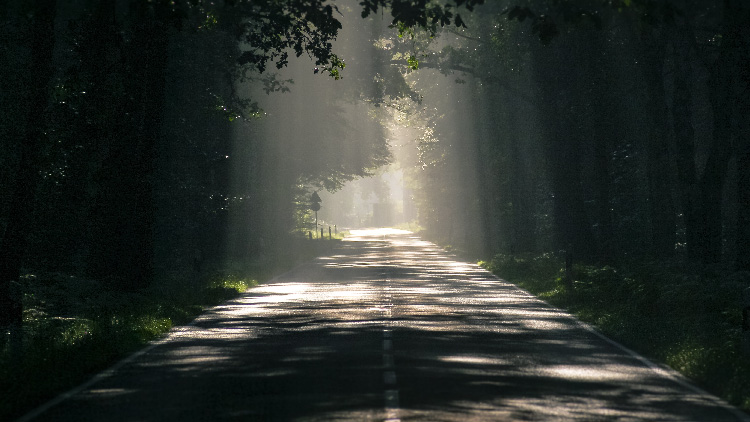 The Downward Spiral of Sin

It happened, late one afternoon, when David arose from his couch and was walking on the roof of the king’s house, that he saw from the roof a woman bathing; and the woman was very beautiful. And David sent and inquired about the woman. And one said, “Is not this Bathsheba, the daughter of Eliam, the wife of Uriah the Hittite?”
2 Samuel 11:2-3

How did David go from godly king to abusive adulterer? It happened by degrees, as sin tends to.

From the roof, David saw a very beautiful woman bathing. He might have seen Bathsheba accidentally, but he could have prevented himself from staring at her. The problem wasn’t that he unintentionally caught a glimpse; the problem was that he started to gaze. The eye was the point of entry through which temptation came to David, as it so often is.

But David not only saw; he also sent. After seeing Bathsheba, he began to think about her. He could have put that thought away and ended his descent into sin right there. But having failed at this point, his thoughts led to action, and he sent for information about the woman. He learned that she was Bathsheba, the wife of one of his greatest warriors. The realization that Bathsheba was married to Uriah should have ended the matter for David. He knew the commandment of God: “You shall not commit adultery” (Exodus 20:14). Yet even this did not stop him! When lust grips, conscience fades, and reason is obliterated. And so “David sent messengers and took her, and she came to him, and he lay with her” (2 Samuel 11:4). There is no sense that she was given a choice in the matter.

This narrative should serve as a great warning to all of us. Paul warned the Corinthians, “Let anyone who thinks that he stands take heed lest he fall” (1 Corinthians 10:12). If David, a man who was greatly loved by God, could fall in this way, then we must never think that we are incapable of such a fall. Complacency is often the mother of sin. If David had taken heed, he would have led his men to war. He would have looked away. He would have stopped his thoughts. He would not have misused his power to sleep with Bathsheba. God has promised that “with the temptation he will also provide the way of escape, that you may be able to endure it” (1 Corinthians 10:13). And he provided David with many opportunities to stop. The tragedy is that David took none of them.

Like David, you will be tempted in this life—but God has promised that there will always be a way out. With which temptations are you particularly struggling at the moment? Thank God for His faithfulness. Pray that He will give you strength to endure temptation and so avoid sin’s downward spiral. Take heed.

12Therefore let anyone who thinks that he stands take heed lest he fall. 13No temptation has overtaken you that is not common to man. God is faithful, and he will not let you be tempted beyond your ability, but with the temptation he will also provide the way of escape, that you may be able to endure it.

14Therefore, my beloved, flee from idolatry.