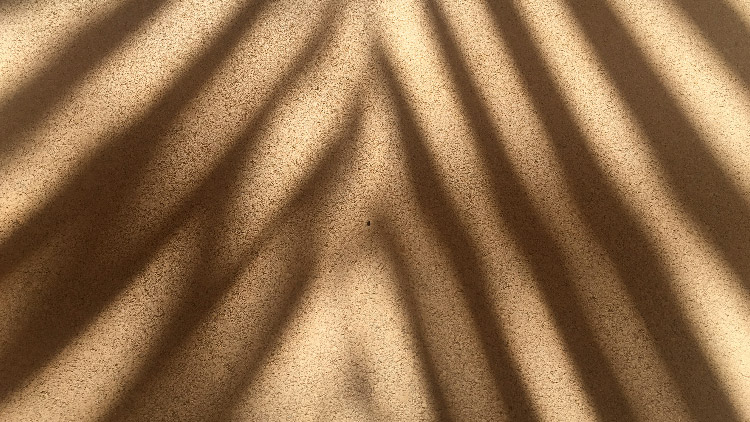 A Shadow Without Substance

In these verses, the apostle Paul is openly taunting death. How can he do so? Death is so horrible. It’s so tragic. It’s so sad. It seems so final. What did Paul know that enabled him to flout its terrible tyranny with such confidence?

It is because death has lost its sting.

To illustrate Paul’s point, imagine this scene: A young girl is gleefully playing with her father in the backyard. A bee starts buzzing around. When it flies into view of the little girl, she shouts, “Oh, keep that bee away from me! I don’t want to get stung! Daddy, please do something!” As the bee draws closer, the father begins to swat at it—and as he reaches out, the bee fastens on him and drops its stinger right into the father’s arm. The father takes the sting and experiences the pain. The bee’s sting is drawn, and the little girl is safe.

On the cross, Jesus Christ bore the sting of death. Sin leads to death, and death stings because of sin, for sin must lead to judgment. But Christ bore the judgment for sin in His own body on the tree so that all who trust in Him will never face judgment (Galatians 3:13). We may still walk through “the valley of the shadow of death” (Psalm 23:4), but because of what Christ has done, that is all death is: a shadow without substance. This is the very reason that Jesus took on humanity. Our Lord took on flesh and blood for this purpose: “that through death he might destroy the one who has the power of death, that is, the devil, and deliver all those who through fear of death were subject to lifelong slavery” (Hebrews 2:14-15).

You no longer have to live in that kind of slavery or walk in that fear. By His own death and resurrection, Jesus has abolished true death forever. He took death’s sting so that you would never have to face its power over sinners. Instead, you can walk in freedom today and every day, knowing that God has already given you decisive victory over sin and death through your Lord, Jesus Christ. So you can look at death and say, “Horrible, tragic, sad though you are, you have lost your sting.” And you can look at the one who drew the sting for you and say:

Thine be the glory, risen conquering Son—
Endless is the victory Thou oe’r death hast won! [1]

10For it was fitting that he, for whom and by whom all things exist, in bringing many sons to glory, should make the founder of their salvation perfect through suffering. 11For he who sanctifies and those who are sanctified all have one source.2 That is why he is not ashamed to call them brothers,3 12saying,

“I will tell of your name to my brothers;

in the midst of the congregation I will sing your praise.”

“Behold, I and the children God has given me.”

14Since therefore the children share in flesh and blood, he himself likewise partook of the same things, that through death he might destroy the one who has the power of death, that is, the devil, 15and deliver all those who through fear of death were subject to lifelong slavery. 16For surely it is not angels that he helps, but he helps the offspring of Abraham. 17Therefore he had to be made like his brothers in every respect, so that he might become a merciful and faithful high priest in the service of God, to make propitiation for the sins of the people. 18For because he himself has suffered when tempted, he is able to help those who are being tempted.

Footnotes
2 2:11 Greek all are of one
3 2:11 Or brothers and sisters. The plural Greek word adelphoi (translated “brothers”) refers to siblings in a family. In New Testament usage, depending on the context, adelphoi may refer either to men or to both men and women who are siblings (brothers and sisters) in God's family, the church; also verse 12
Topics: Death Hope Salvation
Footnotes
1 Edmond Budry, “Thine Be the Glory” (trans. Richard Birch Hoyle, 1923).