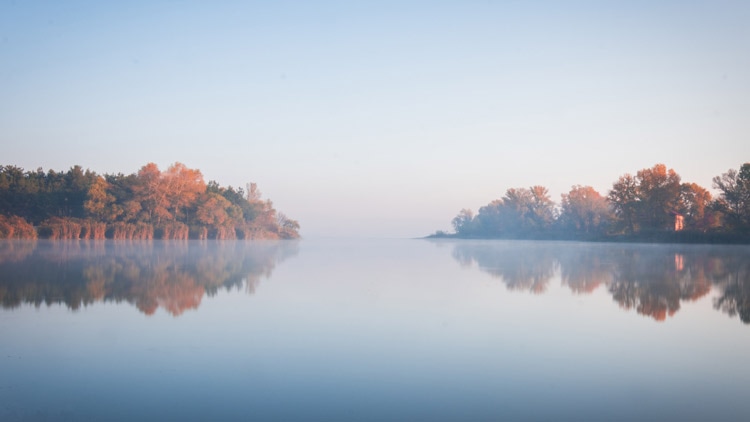 In Harmony With God’s Plan

When God saw what they did, how they turned from their evil way, God relented of the disaster that he had said he would do to them, and he did not do it. But it displeased Jonah exceedingly, and he was angry.
Jonah 3:10-4:1

Even prophets sometimes have a lot to learn.

After his time in the belly of the fish, Jonah was no longer disobedient, but he was perplexed in his obedience, wrestling still with God’s sovereign grace. Although, having initially sought to run away from God’s purposes for him, Jonah had gone where he’d been told to go and had said what he’d been told to say, he was by no means in harmony with God’s gracious plan for Nineveh. Revival had broken out in a city that had been completely hardened to the God of Israel—and the prophet of God responded in anger towards his God!

Yet even though Jonah was churlish and narrow-minded and responded wrongly to God’s kindness, God didn’t write him off. He had already provided a large fish to save Jonah from disobedience; He could justifiably have provided a large lion to eat him too! But He didn’t, because He is gracious and compassionate. He treated Jonah with patience and kindness to bring him to the realization that what was wrong, more than any other thing, was his attitude.

Jonah’s reaction to the Ninevites’ repentance was strange for a preacher. We may have expected him to be grateful that God chose not to cast him off but to give him the privilege of being used in His service. Instead the city’s repentance “displeased Jonah exceedingly.” A literal translation of this verse takes it a step further: “It was evil to Jonah, a great evil.” The absence of the calamity that he expected—a judgment which he thought and hoped would come upon Nineveh—proved to be a calamity in his own heart and mind.

Unpalatable though it sounds, we may see our attitudes and reactions reflected in Jonah’s. We may go where we’re told to go, we may say what we’re told to say, we may externally conform to all that God has called us to do… and yet, at the very core of our lives, we may not really be in harmony with how His plan is unfolding. We may long for judgment to fall rather than mercy to be extended. We may chafe against God blessing others in ways that He has not blessed us or blessing others without them showing the commitment to His mission that we think we have displayed. We may find ourselves telling God how He ought to arrange things in His world.

What will bring us into line with His compassion and send us joyfully on His mission? Simply this: to understand that we are no better than anyone else—no less deserving of His wrath and no more deserving of His kindness. As it demonstrates the mercy of God, the cross humbles our hearts and fills them with the same compassion and grace that took His Son to Calvary. Are you struggling to live with such compassion toward others? Gaze at the cross and ask the Lord to teach you what Jonah also needed to learn.

21And you, who once were alienated and hostile in mind, doing evil deeds, 22he has now reconciled in his body of flesh by his death, in order to present you holy and blameless and above reproach before him, 23if indeed you continue in the faith, stable and steadfast, not shifting from the hope of the gospel that you heard, which has been proclaimed in all creation7 under heaven, and of which I, Paul, became a minister.

Paul's Ministry to the Church

24Now I rejoice in my sufferings for your sake, and in my flesh I am filling up what is lacking in Christ's afflictions for the sake of his body, that is, the church, 25of which I became a minister according to the stewardship from God that was given to me for you, to make the word of God fully known, 26the mystery hidden for ages and generations but now revealed to his saints. 27To them God chose to make known how great among the Gentiles are the riches of the glory of this mystery, which is Christ in you, the hope of glory. 28Him we proclaim, warning everyone and teaching everyone with all wisdom, that we may present everyone mature in Christ. 29For this I toil, struggling with all his energy that he powerfully works within me.

Footnotes
7 1:23 Or to every creature
Topics: God's Will Peace Repentance