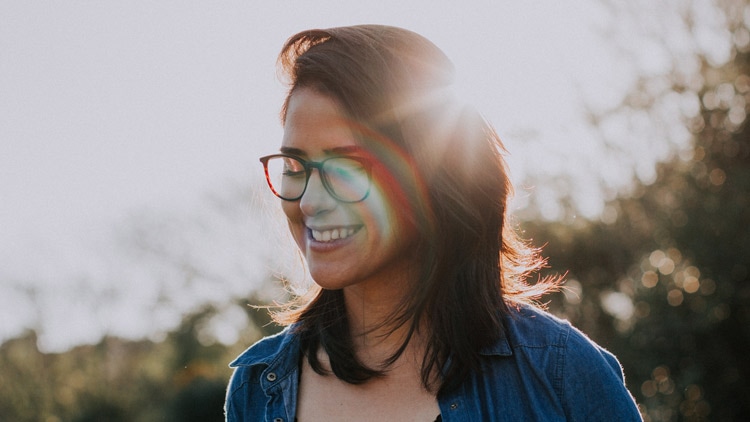 And [Jonah] prayed to the Lord and said, “O Lord, is not this what I said when I was yet in my country? That is why I made haste to flee to Tarshish; for I knew that you are a gracious God and merciful, slow to anger and abounding in steadfast love, and relenting from disaster…” And the Lord said, “Do you do well to be angry?”
Jonah 4:2, Jonah 4:4

When children do something wrong, they often seek their parents’ forgiveness, receive it, and then say, “I know I was wrong, but… there was a perfectly good reason that I was doing what I was doing.” We see something similar with the prophet Jonah. God had forgiven him, picked him up, and put him back on track, and still he tried to justify his previous disobedience. He was simultaneously feeling angry, arguing, and praying—which is not an easy feat!

In Jonah’s arguing, notice how many times the personal pronoun “I” pops out. There was a bit too much “Jonah” in his speech—and therefore in his heart—as he presented his case as a matter of his word against the Lord’s. He foolishly supposed that his way was better than God’s.

Jonah’s complaint was also rooted in a double standard. Though he had recently been the recipient of God’s compassion and mercy, he found fault with God for displaying that very same mercy to those who Jonah felt should be beyond redemption.

The big issue for Jonah was God’s sovereign grace. He was angry at God for acting in a way that he did not understand or approve of. But the Lord had long ago declared, “I will be gracious to whom I will be gracious, and will show mercy on whom I will show mercy” (Exodus 33:19). Divine grace towards sinners can never be explained. It does not have a reason; it simply reflects who God is.

In response to Jonah’s reaction, the Lord did not ask him if he was angry but whether he had a right to be angry. That was the core matter: did Jonah—a representative of a people whom God had favored even when they’d gone astray, and who in his disobedience had personally known the saving hand of God—have any valid grounds to object to God’s compassion toward others? The answer is clear: no. Neither do we have any right to challenge God on how and to whom He extends His mercy or how He directs all things in order to save His people and glorify His Son.

If we find ourselves angry with God and complaining about the way He has chosen to go about fulfilling His purposes, it is because we have forgotten just how undeserving we are of receiving God’s grace. Here is the danger: that we become so tolerant of our own disobedience that we think we are entitled to God’s favor and blessing. But all is of grace, every day. Only when we have been gripped by grace will we be able to rejoice in the abundance of God’s mercy that is lavished upon His undeserving saints.

Jonah's Anger and the Lord's Compassion

1But it displeased Jonah exceedingly,1 and he was angry. 2And he prayed to the Lord and said, “O Lord, is not this what I said when I was yet in my country? That is why I made haste to flee to Tarshish; for I knew that you are a gracious God and merciful, slow to anger and abounding in steadfast love, and relenting from disaster. 3Therefore now, O Lord, please take my life from me, for it is better for me to die than to live.” 4And the Lord said, “Do you do well to be angry?”

5Jonah went out of the city and sat to the east of the city and made a booth for himself there. He sat under it in the shade, till he should see what would become of the city. 6Now the Lord God appointed a plant2 and made it come up over Jonah, that it might be a shade over his head, to save him from his discomfort.3 So Jonah was exceedingly glad because of the plant. 7But when dawn came up the next day, God appointed a worm that attacked the plant, so that it withered. 8When the sun rose, God appointed a scorching east wind, and the sun beat down on the head of Jonah so that he was faint. And he asked that he might die and said, “It is better for me to die than to live.” 9But God said to Jonah, “Do you do well to be angry for the plant?” And he said, “Yes, I do well to be angry, angry enough to die.” 10And the Lord said, “You pity the plant, for which you did not labor, nor did you make it grow, which came into being in a night and perished in a night. 11And should not I pity Nineveh, that great city, in which there are more than 120,000 persons who do not know their right hand from their left, and also much cattle?”