The Patience of God
Listen Watch

The Patience of God

According to Romans 2:4, God's kindness is meant to lead us to repentance. Alistair Begg considers examples throughout Scripture that illustrate God's merciful patience toward sinners who deserve nothing but immediate judgment. In meditating on the patience of God, we are reminded of His great goodness in providing a Savior for sin and challenged to pray with patience and persistence for those who do not know Christ.

14Therefore, beloved, since you are waiting for these, be diligent to be found by him without spot or blemish, and at peace. 15And count the patience of our Lord as salvation, just as our beloved brother Paul also wrote to you according to the wisdom given him, 16as he does in all his letters when he speaks in them of these matters. There are some things in them that are hard to understand, which the ignorant and unstable twist to their own destruction, as they do the other Scriptures. 17You therefore, beloved, knowing this beforehand, take care that you are not carried away with the error of lawless people and lose your own stability. 18But grow in the grace and knowledge of our Lord and Savior Jesus Christ. To him be the glory both now and to the day of eternity. Amen. 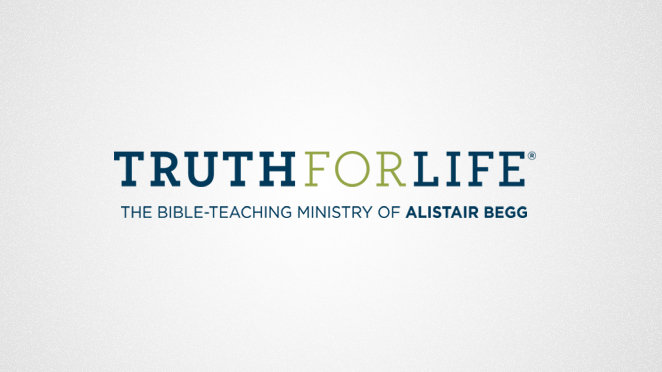 Other messages in: Encore 2010

How has God been speaking to you through His Word in the past year? In Encore 2010, we’re highlighting some of the most requested messages from the past 12 months. With topics such as fear and anxiety, giving, attitudes, family, the church, and faith and salvation, there is encouragement from God’s Word for everyone.

Other messages in: Encore 2011

When you teach a small child a new skill, it’s helpful to repeat it over and over. Likewise, as adults, we often learn best when we hear and apply a lesson or truth multiple times.

This compilation of our most popular messages of the year, chosen by our listeners, is designed to do just that: repeat the truths of God’s Word to us so that we can more fully understand the Bible and apply it to our lives. With messages on the meaning of the Gospel, God’s nature, spiritual warfare, trials and sufferings, and wisdom in relationships, this series will challenge all who listen. 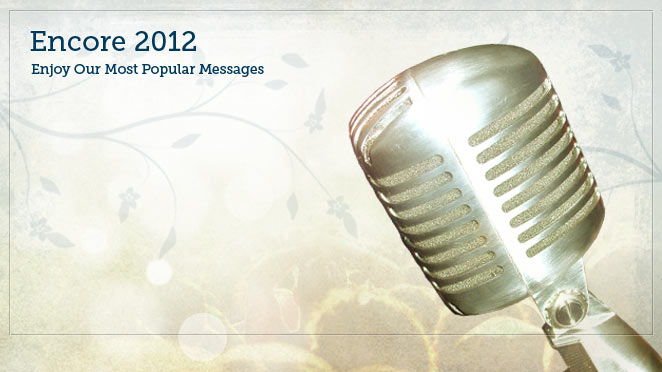 Other messages in: Encore 2012

Our most popular messages of 2012 are rich in both instruction and inspiration. For those seeking to strengthen their understanding and walk of faith, this series of messages from Alistair Begg points time and again to the One who provides both. Encore 2012 contains essential messages on the characteristics of true discipleship, the model for fatherhood, navigating life's difficulties, what it means to be a committed follower of Christ, and how Jesus fulfills God's purpose finally and fully. This series offers clarity and guidance to those desiring to live according to the will of God. 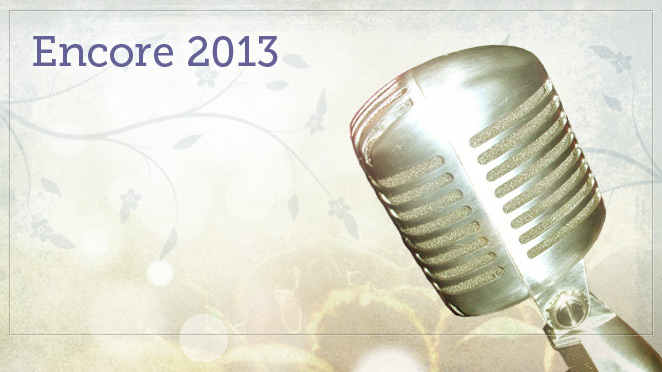 Other messages in: Encore 2013

Once God rescues us from our sin, we can come to know Him more deeply by learning from His Word again and again. Encore 2013 presents a diverse collection of listener favorites from the past year. Spanning a variety of topics including the relevance of the Bible, church ministry, Christian character, and the biblical record of Jesus’ ministry, this series contains essential teaching that will navigate believers further down the road of their spiritual journey. 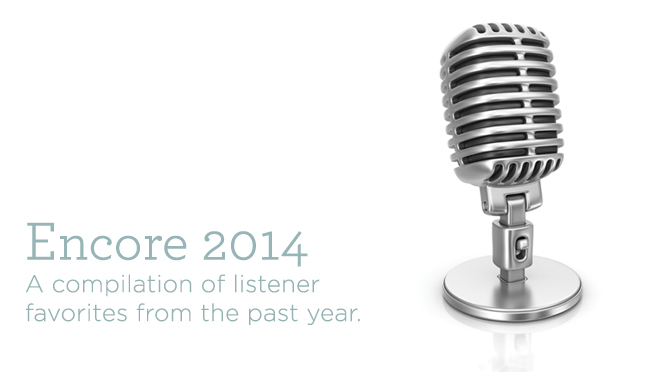 Other messages in: Encore 2014

Does the Gospel speak to all of life? Our compilation of listener favorites from 2014 answers that question with a resounding “Yes.” In these messages, Alistair Begg explores God’s power to redeem and keep His people, His faithfulness in good times and bad from generation to generation, and the clarity with which His Word speaks into all of our circumstances and relationships. This series provides essential reminders that the basics of the Christian faith are the foundation upon which all of life is built. 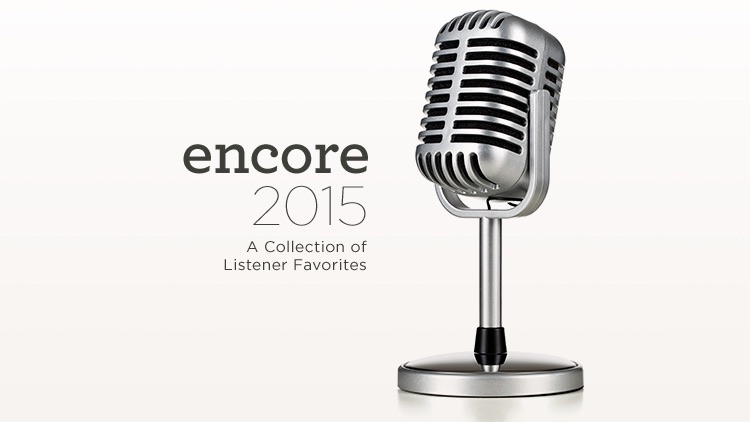 Other messages in: Encore 2015

In triumphs and trials, in strength and weakness, in the smallest of details and in His eternal plan – God is always at work in and through the lives of His people. Encore 2015 collects listener favorites from the past year that provide Gospel insights from both Old and New Testaments in messages from Alistair Begg. Whatever circumstances we are facing, the messages in this series will remind us that God’s Word gives guidance for all people everywhere, calling us to develop our relationship with Him. 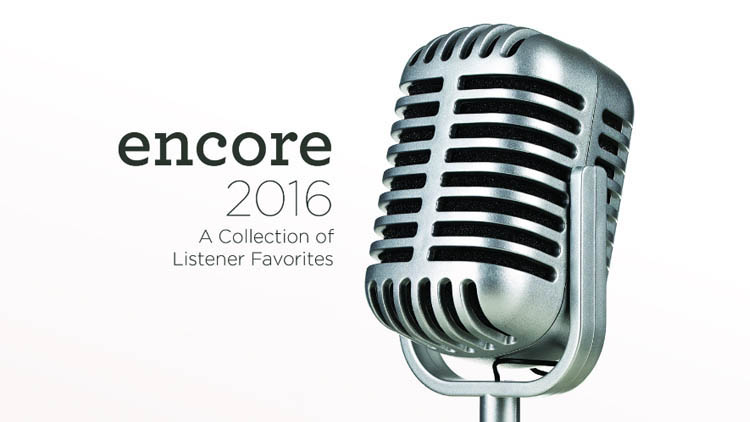 Other messages in: Encore 2016

Turning from sin and turning to Christ are marks of a converted life, but what does life look like after conversion? Encore 2016 brings together a collection of listener favorites from the Old and New Testaments to answer this question. In these messages, Alistair Begg explores how knowing God changes everything. Our relationships, words, deeds, and even our private thoughts are affected by accepting the truths of the Gospel. In addition to Gospel narrative, this compilation provides Biblical guidance on topics such as marriage, longing, submission, discipleship and church membership, showing us that a commitment to follow Christ is a commitment to bring all aspects of our life under His loving authority. 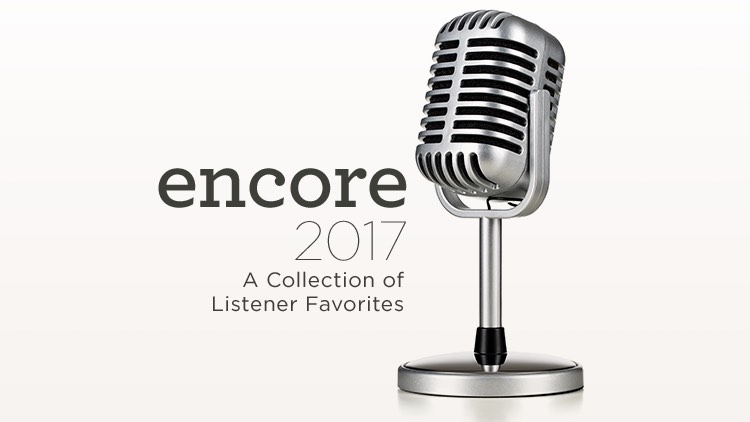 Other messages in: Encore 2017

At a time when truth seems increasingly difficult to find, the 21st-century Christian must look to one place for guidance: God’s Word. Encore 2017 brings together a collection of listener favorites that point us to the Bible as we seek to connect with a lost and broken world. Whether we’re facing anxiety, struggling with laziness, or simply trying to be a better spouse, God’s Word offers a wealth of wisdom and encouragement. In these messages, Alistair Begg emphasizes the centrality of Scripture as it reveals God’s character, purpose, and plan for the lives of His children. With an identity rooted in what Christ accomplished on the cross, believers can confidently share the Word of God and help the perishing come face-to-face with their Savior. 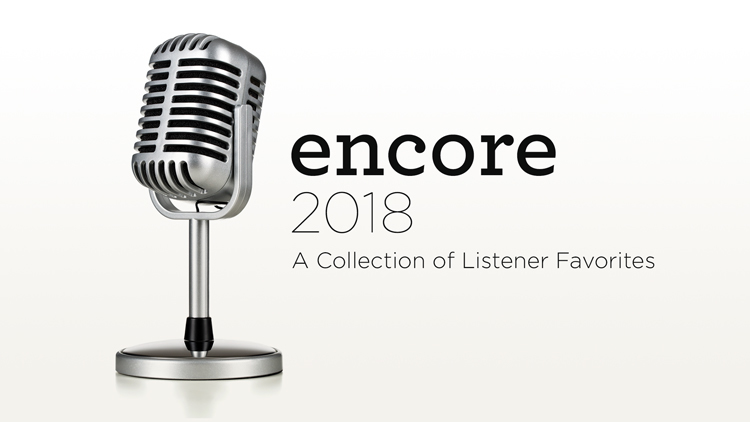 Other messages in: Encore 2018

“The fear of the Lord is the beginning of knowledge,” the Bible tells us. Only by opening the pages of Scripture and allowing the Holy Spirit to speak through its words can we be certain that we stand on solid ground.

With that aim in mind, Encore 2018 gathers a selection of listener favorites from the past year, presenting an essential sampling of clear, relevant Bible teaching grounded in the authority of God’s Word. Drawing on both the Old and New Testaments, Alistair Begg guides us through the Bible’s counsel on wisdom, love, suffering, providence, and right living, as well as on everyday matters such as keeping the Sabbath, God’s design for men and women, and the raising of godly children. As we listen, we are reminded of the centrality of the cross of Christ—our surest hope in this life and in the next. 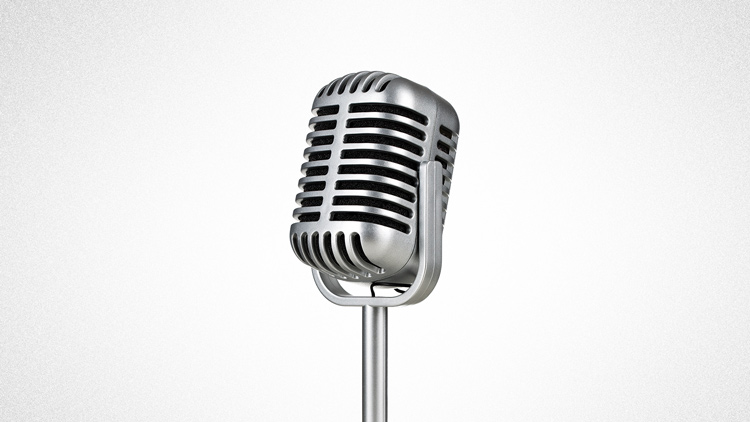 Other messages in: Encore 2019

The Bible is an ancient book, but its central message—the good news that Jesus Christ, the Son of God, died to save sinners—remains as timely and relevant today as ever. In this collection of listener favorites from the past year, Alistair Begg demonstrates how Scripture’s every page proclaims again and again the transforming power of the Gospel in the lives of those who receive it. Christ’s followers may not be exempt from disappointments or sadness, may struggle with sin, and may even be tempted to despair. As these messages explain, though, as we repent of self-righteousness and turn to God daily, He promises to fill us with a life-giving love for His Word, His people, and above all, His glory. 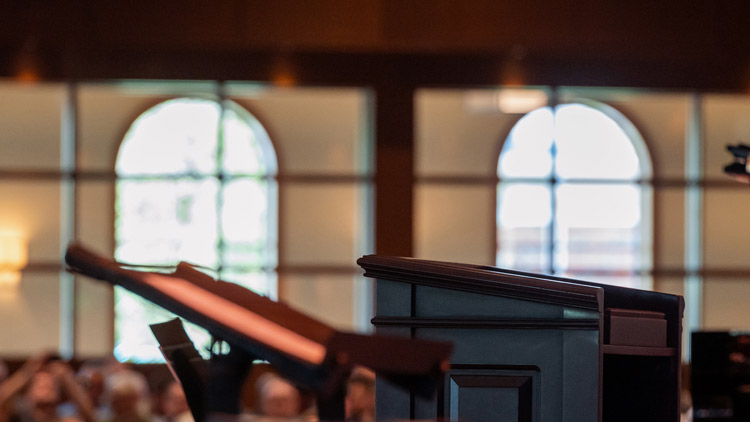 Other messages in: Encore 2020

When teaching His disciples in Luke 21:33, Jesus explained to them, “Heaven and earth will pass away, but my words will not pass away.” As years turn and seasons change, the compass of the Gospel continues to point us unerringly toward Christ as the great revelation of God’s love and truth. In this collection of listener favorites from the previous year, Alistair Begg once again proclaims the truth of Scripture, which reveals to us the great Son of God, who conquered sin and death for our good and His glory. Whether in times of suffering, moments of triumph, or simply the ordinary cycles of our daily lives, God’s Word calls us to put our faith in Him alone, today and forever.