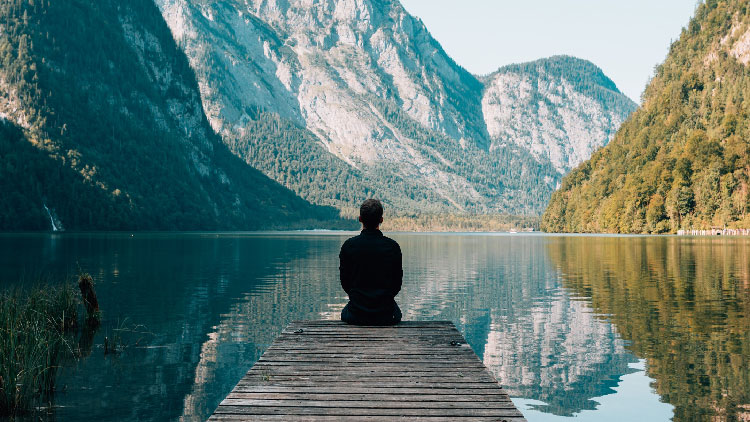 Our Help Comes From the Lord

And David said to Saul, “Let no man’s heart fail because of him. Your servant will go and fight with this Philistine … Your servant has struck down both lions and bears, and this uncircumcised Philistine shall be like one of them, for he has defied the armies of the living God.” And David said, “The Lord who delivered me from the paw of the lion and from the paw of the bear will deliver me from the hand of this Philistine.” And Saul said to David, “Go, and the Lord be with you!”
1 Samuel 17:32, 1 Samuel 17:36-37

When David arrived at the scene of the great standoff between Goliath and God’s people, he boldly told King Saul that there was no need for fear—which was quite remarkable when the entire Israelite army had been completely paralyzed by the giant! When they saw Goliath, they ran away. He kept challenging them, but they had no answer. Then up came David, a mere shepherd boy, who simply said, No one needs to be afraid. I will fight him.

When Saul understandably questioned David’s ability to face Goliath, David neither gave up nor suggested that he was tougher than he looked. Instead, he testified to the Lord’s enabling. In caring for his father’s sheep, David had dealt with bears and lions, and he knew that such successes had come from God. Now he was confident that that same God would give him success again, this time against this Philistine who had defiantly mocked God’s people.

Perhaps David had in mind the amazing scene from Exodus 14, when the Israelites’ backs were against the Red Sea and all the balance of power was on the side of the onrushing Egyptian army. Back then, when the people had cried out in fear, Moses had replied, “Fear not, stand firm, and see the salvation of the LORD, which he will work for you today. For the Egyptians whom you see today, you shall never see again. The LORD will fight for you, and you have only to be silent” (Exodus 14:13-14). And that is exactly what God did. Yahweh, the living God who had delivered His people, was the same Lord who would deliver David.

Later, when David penned his poems and provided songs for worshipers, he recollected, “If it had not been the LORD who was on our side when people rose up against us, then they would have swallowed us up alive, when their anger was kindled against us” (Psalm 124:2-3). He then concluded with this great hope-filled declaration: “Our help is in the name of the LORD, who made heaven and earth” (v 8).

On what basis are you able to take on all that comes against you like a giant in the day or a monster in your sleeplessness at night? How do you know that you will succeed? If your courage is founded on your ability, sooner or later you will meet your match. Rather, let your confidence be in the Lord—because the Lord has delivered, and the Lord will deliver. And if God is for us, who, ultimately, can be against us (Romans 8:31)?

Our Help Is in the Name of the Lord

A Song of Ascents. Of David.

when people rose up against us,

3then they would have swallowed us up alive,

when their anger was kindled against us;

4then the flood would have swept us away,

the torrent would have gone over us;

5then over us would have gone

6Blessed be the Lord,

who has not given us

as prey to their teeth!

from the snare of the fowlers;

the snare is broken,

and we have escaped!

8Our help is in the name of the Lord,

who made heaven and earth.