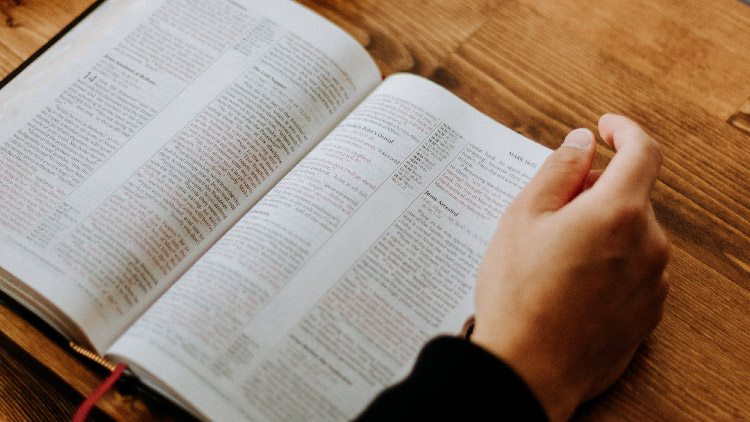 While they were there, the time came for her to give birth. And she gave birth to her firstborn son and wrapped him in swaddling cloths and laid him in a manger, because there was no place for them in the inn.
Luke 2:6-7

In the Gospel of Luke, no sooner has the author introduced himself as a detail-oriented historian (Luke 1:1-4) than we are immediately ushered into an environment filled with supernatural occurrences (v 11-17). The story of Jesus’ birth is filled with angels, predictions, and miracles (1:26 – 2:21)—and when Luke reports these events, he offers them not as imaginative stories or poetical speculations but as they are: real history.

When we read that Mary laid her firstborn son—the very Son of God—in a manger, it’s because she did. When we read that the child she gave birth to was conceived through the power of the Holy Spirit (Luke 1:31-35), it’s because He was. Rather than being superfluous, these supernatural elements are an intrinsic part of the Gospel’s account.

There are those who have concluded that Jesus’ birth narrative appears so dramatically supernatural as to be implausible. They don’t believe it themselves or teach it to anybody else. They have decided that the story would be more acceptable to everybody if we simply removed anything miraculous.

But that cannot be done. The story of the gospel is supernatural in its entirety, and not just at its beginning, because it is the story of the Creator of the universe entering into time, revealing Himself as Savior and King. Surely it would be more bizarre if the almighty God did not enter and exit the world in entirely supernatural ways that made mere mortals scratch their heads in amazement! Indeed, in each of the supernatural incidents Luke recorded, there were faithful people who had reflected on the Scriptures and were keenly anticipating that God would break into their environment in a way that had never happened before and would never happen again. When God came, these were the people who were ready for God to come and do what only He could do; these were the people who responded in faith.

Christianity is ultimately meaningless apart from the almighty, miraculous intervention of God in time. God has come to meet us, but not at the top of the towers that we have created on the strength of our ideas and investigation into what is plausible. He came to meet us in a cattle shed in Bethlehem. He came to meet us on a Roman cross at Calvary. He works in ways that we cannot explain and cannot predict.

As you reflect on God’s word during this Advent season, consider His divine work, which has already been accomplished, and the ways He continues to move today. In doing so, your heart will once again be stirred by the wonder of the triune God’s supernatural love for you, and your eyes will be prepared to see surprising ways that God is at work in and around you—ways that you cannot explain, and had not predicted, but love to enjoy and to praise Him for.

4But when the fullness of time had come, God sent forth his Son, born of woman, born under the law, 5to redeem those who were under the law, so that we might receive adoption as sons. 6And because you are sons, God has sent the Spirit of his Son into our hearts, crying, “Abba! Father!” 7So you are no longer a slave, but a son, and if a son, then an heir through God.