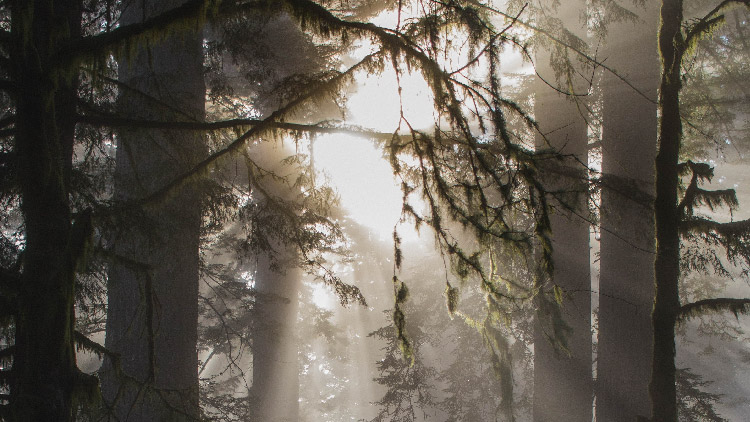 My brothers, show no partiality as you hold the faith in our Lord Jesus Christ, the Lord of glory.
James 2:1

A living faith is not only a listening faith but also a doing faith. True belief manifests itself in action—and, in some cases, in inaction. In other words, true faith is known not only by what it does but also by what it doesn’t do—for example, as James points out, by not showing partiality.

Partiality—the sin of treating people differently due to their outward appearance, status, or usefulness—was a clear and present danger in James’ day, and it remains so in our own. James was not condemning all acknowledgment of distinctions, or even preferential treatment for legitimate reasons. A young man who gives up his bus seat for an elderly woman is not running foul of James’ teaching! Rather, what James was making absolutely clear is this: external characteristics, and especially those that indicate wealth, in and of themselves do not mean that someone deserves honor.

This is the point of the illustration in James 2: if two men enter our gathering, one in fine clothing and the other in shabby, and the wealthy man gets the place of honor while the poor man gets shoved aside, then we are guilty of the sin of partiality. To give such preferential treatment to the wealthy would be to make “distinctions among yourselves and become judges with evil thoughts” (v 4). God does not judge us by such distinctions, and so neither should we judge others in this way.

In His life and ministry, Jesus displayed how impartiality ought to look. He was willing to allow a woman of ill repute to weep over Him and for her tears to wash His feet (Luke 7:36-50). And He was just as prepared to call a rich man down from a tree to take Him to his house (19:1-10). Why? Because He knew that great wealth and worldly honor do not and cannot make someone more valuable in God’s eyes. He was well-acquainted with both the richest of riches and the lowest circumstances imaginable. In descending from heaven, exchanging honor for humility, Jesus set aside the glory which was His due in order to draw near to and save sinners like us—rich and poor alike.

When we grasp the wonder of this reality, we begin to see the true ugliness of judging others on the basis of the external and superficial. Partiality should have no place among the people of God because if we know God at all, it is because He dealt with us impartially. Be honest with yourself, then, and ask the Lord for the grace to see others in the way He does and to show others the mercy and grace He has shown you.

36One of the Pharisees asked him to eat with him, and he went into the Pharisee's house and reclined at the table. 37And behold, a woman of the city, who was a sinner, when she learned that he was reclining at table in the Pharisee's house, brought an alabaster flask of ointment, 38and standing behind him at his feet, weeping, she began to wet his feet with her tears and wiped them with the hair of her head and kissed his feet and anointed them with the ointment. 39Now when the Pharisee who had invited him saw this, he said to himself, “If this man were a prophet, he would have known who and what sort of woman this is who is touching him, for she is a sinner.” 40And Jesus answering said to him, “Simon, I have something to say to you.” And he answered, “Say it, Teacher.”

41“A certain moneylender had two debtors. One owed five hundred denarii, and the other fifty. 42When they could not pay, he cancelled the debt of both. Now which of them will love him more?” 43Simon answered, “The one, I suppose, for whom he cancelled the larger debt.” And he said to him, “You have judged rightly.” 44Then turning toward the woman he said to Simon, “Do you see this woman? I entered your house; you gave me no water for my feet, but she has wet my feet with her tears and wiped them with her hair. 45You gave me no kiss, but from the time I came in she has not ceased to kiss my feet. 46You did not anoint my head with oil, but she has anointed my feet with ointment. 47Therefore I tell you, her sins, which are many, are forgiven—for she loved much. But he who is forgiven little, loves little.” 48And he said to her, “Your sins are forgiven.” 49Then those who were at table with him began to say among8 themselves, “Who is this, who even forgives sins?” 50And he said to the woman, “Your faith has saved you; go in peace.”

Footnotes
8 7:49 Or to
Topics: Character of God Humility Warnings