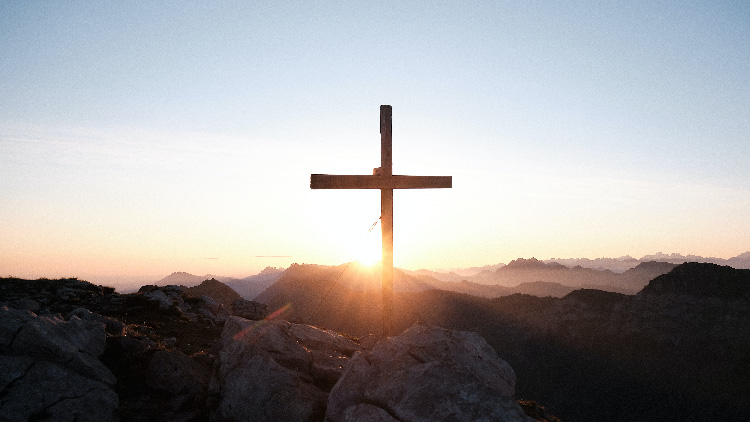 As they led him away, they seized one Simon of Cyrene, who was coming in from the country, and laid on him the cross, to carry it behind Jesus.
Luke 23:26

For three years, Jesus had ministered to people, touching and changing lives. But now, the teacher from Galilee who had turned the other cheek (Matthew 5:39), who had walked the second mile (v 41), found Himself being led away outside the city to be crucified. And unbeknown to the onlooking crowd, what was about to happen would be the defining moment of all of history.

As they led Him toward Calvary, Jesus stumbled and staggered under the weight of His cross, His appearance marred beyond recognition from the beatings He had suffered (Isaiah 52:14). Concerned that Jesus might not live long enough to be crucified, the Roman soldiers seized an unsuspecting bystander, “one Simon of Cyrene.” Before Simon even knew what was happening, they had “laid on him the cross, to carry it behind” the bloodied body of Jesus of Nazareth.

Simon’s part in carrying the cross is a reminder of what it means to be forever identified with Jesus, who bore our sins. Indeed, to be united with Christ is to be united with Him in His sufferings (Philippians 3:10). The story of the cross is not “the messy bit” which affords us personal forgiveness and then allows us to forget and move on. If we follow Christ, then, like Simon, we carry a cross (Luke 9:23-24). We are called to give up what is easiest for us in order to do what is obedient to Christ. Jesus’ disciples, both then and now, recognize that their lives are to be cross-shaped ones.

Not only that, but our methods and message need to be cross-shaped too. It is only to our shame when we try to present to the world a crossless Christianity, one that esteems success, wealth, comfort, and strength. Such a message is futile, useless, and even dangerous! Jesus’ ministry was oriented toward the least and the last, the left-out and the marginalized. He didn’t come to put together a group of religious professionals. Rather, He called a people to Himself in order that we might hold out the message of the cross to those who are broken and buffeted, fallen and downhearted—people like you and me.

So, as you see Simon carrying a cross behind the one who would die on the cross for His people, see yourself there too. Will you deny yourself and carry your cross today? Will you hold out the message of the cross to others today? Do so with joy, for the path of your bloodied Savior did not end at His death—and so, following Him, neither will yours.

34And calling the crowd to him with his disciples, he said to them, “If anyone would come after me, let him deny himself and take up his cross and follow me. 35For whoever would save his life4 will lose it, but whoever loses his life for my sake and the gospel's will save it. 36For what does it profit a man to gain the whole world and forfeit his soul? 37For what can a man give in return for his soul? 38For whoever is ashamed of me and of my words in this adulterous and sinful generation, of him will the Son of Man also be ashamed when he comes in the glory of his Father with the holy angels.”