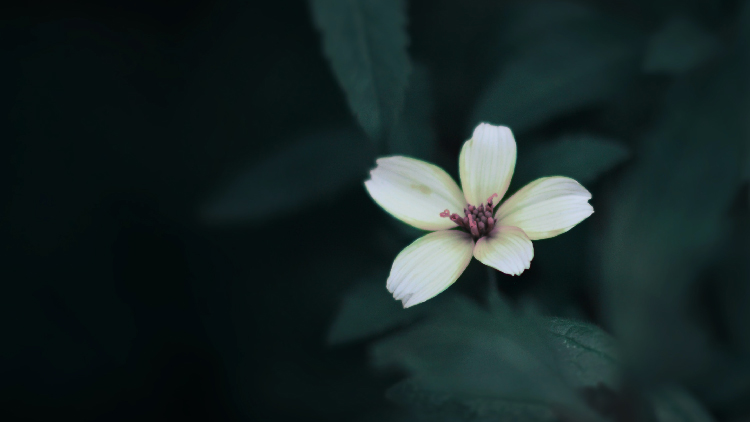 Let the lowly brother boast in his exaltation.
James 1:9

It seems like a paradox to say that a “lowly brother” should rejoice and take pride “in his exaltation.” We should ask, “What exaltation?” If life is viewed simply from the perspective of time, wealth, and status, then there is no high position for the lowly. But when we view life with godly wisdom, remembering the glorious riches that Jesus provides, we see that the believer who lives precariously on the lowest rung of the socioeconomic ladder in fact has a significant and secure position simply because they are in God’s care.

Two biblical stories illustrate respectively the danger of viewing low circumstances without wisdom and the blessing of wisdom in the midst of poverty.

In 2 Kings 5:15-27, Gehazi, the servant of the prophet Elisha, chased after the prosperous Naaman, seeking riches for himself. But Elisha confronted Gehazi, essentially challenging him not to despise his position as a servant but to believe that God would look after him. Because of his lack of trust in God, Gehazi and his descendants became lepers. His story reminds us of the peril of greed, envy, and ingratitude.

Ruth, meanwhile, was abjectly poor. After migrating to Bethlehem following the death of her husband, she and her mother-in-law, Naomi, had nothing to eat other than the bits and pieces of grain that Ruth could scrape up from already-harvested fields. When she was shown preferential treatment by Boaz, “she fell on her face, bowing to the ground, and said to him, ‘Why have I found favor in your eyes, that you should take notice of me, since I am a foreigner?’” (Ruth 2:10). Because she was clothed with humility before Boaz and—more importantly—before God, she was able to receive Boaz’s kindness as the blessing it was, without any presumption. Instead of being quick to seek more material wealth, she was quick to be grateful for what she had been given.

Ruth’s story teaches us something else. As Boaz was Ruth’s kinsman and redeemer, so Jesus is the Redeemer who shed His blood for men and women like Ruth, who are undervalued and disregarded. Paul reminds us that when we were called, “not many of you were wise according to worldly standards, not many were powerful, not many were of noble birth” (1 Corinthians 1:26). Jesus has come to those who were on the lowest rung of the spiritual ladder—you and me—and has caused us to ask the same question as Ruth: Why have You shown such interest in me?

James’s message is not that we will become rich by applying wisdom. Rather, he wants us to see that if we think about life from a proper perspective, we will realize that we are already rich beyond imagining. The wisdom of God comes to us in our poverty to show us the vastness of all we have in Christ; and it comes to us in our plenty to remind us that the only wealth that matters is what we have in Christ. When you grasp this, you can look at any less-than-desirable circumstances and continue in the journey of faith, with your eyes fixed on all that awaits you in heaven, where your true treasure lies.

9Let the lowly brother boast in his exaltation, 10and the rich in his humiliation, because like a flower of the grass3 he will pass away. 11For the sun rises with its scorching heat and withers the grass; its flower falls, and its beauty perishes. So also will the rich man fade away in the midst of his pursuits.

12Blessed is the man who remains steadfast under trial, for when he has stood the test he will receive the crown of life, which God has promised to those who love him. 13Let no one say when he is tempted, “I am being tempted by God,” for God cannot be tempted with evil, and he himself tempts no one. 14But each person is tempted when he is lured and enticed by his own desire. 15Then desire when it has conceived gives birth to sin, and sin when it is fully grown brings forth death.