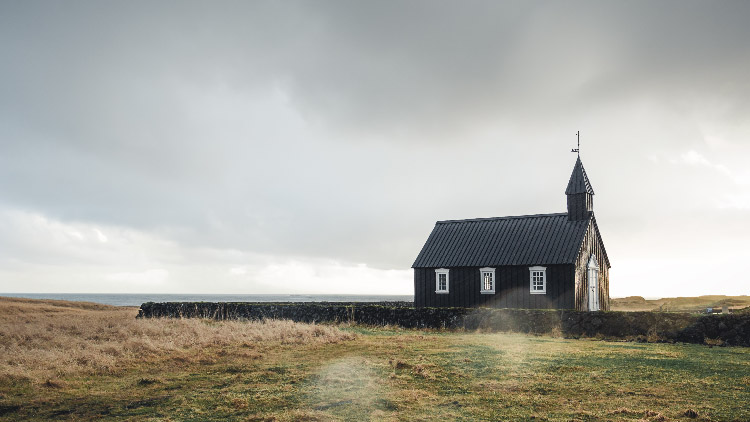 The Weight of Glory

As soon as he mentioned the ark of God, Eli fell over backward from his seat by the side of the gate, and his neck was broken and he died, for the man was old and heavy. He had judged Israel forty years.
1 Samuel 4:18

Not many places in the Bible mention somebody’s weight! This verse, then, ought to give us pause as we consider its significance. It may seem that Eli’s heaviness is mentioned simply to explain the physical reality of his death. But it’s actually more than that.

Earlier, in 1 Samuel 2:12-17, the narrator tells us that Eli’s sons had a custom of using a three-pronged fork to dig into the meat offered for sacrifice in order to take a portion for themselves and their family from the meat that belonged to God. They despised the tabernacle—the place that God had appointed for His own dwelling place among His people—deciding that their own earthly longings and selfish preoccupations took precedence over His glory. In one sense, God’s glory had been stolen and wrapped around Eli’s belly (v 29). His girth was a physical expression of the sin being perpetrated and promoted by the priests at Shiloh.

This is clearer in the writer’s original Hebrew, where the word for “heavy” is transliterated kabed. It is the verbal form of the word kabod, which is translated “glory.” The writer is making a play on words, showing that when those who are fastened on themselves and their own significance seek to rob God of His glory, they treat Him as if He is light and may be manipulated. And so, regarding themselves as heavy, they look to take precedence in everything.

Nevertheless, the sun eventually set—or rather events came crashing down—on Eli’s life, and he died miserably. He is now one of several individuals in the Bible, particularly in the realm of priestly or pastoral function, who stand as warnings against the presumptuousness captured by Paul’s words: “Let anyone who thinks that he stands take heed lest he fall” (1 Corinthians 10:12).

This wisdom is not only for individuals who believe themselves to be unassailable—though it certainly is for them. It is also a striking warning to every assembly of God’s people. Let us hate the thought that in our churches we might ever take from the glory that God deserves in order to serve, enrich, or enjoy ourselves. This Sunday, as you head to your church, remember that you are there first and foremost not for yourself but to glorify your majestic, transcendent, glorious Lord and encourage His people.

David's Song of Thanks

8Oh give thanks to the Lord; call upon his name;

9Sing to him, sing praises to him;

10Glory in his holy name;

11Seek the Lord and his strength;

12Remember the wondrous works that he has done,

his miracles and the judgments he uttered,

13O offspring of Israel his servant,

16the covenant that he made with Abraham,

17which he confirmed to Jacob as a statute,

18saying, “To you I will give the land of Canaan,

19When you were few in number,

20wandering from nation to nation,

21he allowed no one to oppress them;

22saying, “Touch not my anointed ones,

23Sing to the Lord, all the earth!

Tell of his salvation from day to day.

24Declare his glory among the nations,

his marvelous works among all the peoples!

25For great is the Lord, and greatly to be praised,

and he is to be feared above all gods.

26For all the gods of the peoples are worthless idols,

but the Lord made the heavens.

27Splendor and majesty are before him;

strength and joy are in his place.

28Ascribe to the Lord, O families of the peoples,

ascribe to the Lord glory and strength!

29Ascribe to the Lord the glory due his name;

bring an offering and come before him!

Worship the Lord in the splendor of holiness;2

30tremble before him, all the earth;

yes, the world is established; it shall never be moved.

31Let the heavens be glad, and let the earth rejoice,

and let them say among the nations, “The Lord reigns!”

32Let the sea roar, and all that fills it;

let the field exult, and everything in it!

33Then shall the trees of the forest sing for joy

before the Lord, for he comes to judge the earth.

34Oh give thanks to the Lord, for he is good;

for his steadfast love endures forever!

Footnotes
2 16:29 Or in holy attire
Topics: Glory of God Pride