From Series: For the Sake of the Gospel, Volume 2

After two years of wrongful imprisonment, Paul was brought before the new Roman governor and visiting royalty to again face the unprovable charges of the Jewish leaders. Even in the midst of such grandeur and pageantry, Paul’s purpose was clear: rather than defend himself, he seized the opportunity to urge all those present to trust in Jesus as Messiah and Savior. Alistair Begg uses Paul’s experience to illustrate how God can turn even life’s roadblocks into occasions to display His glory and achieve His purposes.

1Now three days after Festus had arrived in the province, he went up to Jerusalem from Caesarea. 2And the chief priests and the principal men of the Jews laid out their case against Paul, and they urged him, 3asking as a favor against Paul1 that he summon him to Jerusalem—because they were planning an ambush to kill him on the way. 4Festus replied that Paul was being kept at Caesarea and that he himself intended to go there shortly. 5“So,” said he, “let the men of authority among you go down with me, and if there is anything wrong about the man, let them bring charges against him.”

6After he stayed among them not more than eight or ten days, he went down to Caesarea. And the next day he took his seat on the tribunal and ordered Paul to be brought. 7When he had arrived, the Jews who had come down from Jerusalem stood around him, bringing many and serious charges against him that they could not prove. 8Paul argued in his defense, “Neither against the law of the Jews, nor against the temple, nor against Caesar have I committed any offense.” 9But Festus, wishing to do the Jews a favor, said to Paul, “Do you wish to go up to Jerusalem and there be tried on these charges before me?” 10But Paul said, “I am standing before Caesar's tribunal, where I ought to be tried. To the Jews I have done no wrong, as you yourself know very well. 11If then I am a wrongdoer and have committed anything for which I deserve to die, I do not seek to escape death. But if there is nothing to their charges against me, no one can give me up to them. I appeal to Caesar.” 12Then Festus, when he had conferred with his council, answered, “To Caesar you have appealed; to Caesar you shall go.”

Paul Before Agrippa and Bernice

13Now when some days had passed, Agrippa the king and Bernice arrived at Caesarea and greeted Festus. 14And as they stayed there many days, Festus laid Paul's case before the king, saying, “There is a man left prisoner by Felix, 15and when I was at Jerusalem, the chief priests and the elders of the Jews laid out their case against him, asking for a sentence of condemnation against him. 16I answered them that it was not the custom of the Romans to give up anyone before the accused met the accusers face to face and had opportunity to make his defense concerning the charge laid against him. 17So when they came together here, I made no delay, but on the next day took my seat on the tribunal and ordered the man to be brought. 18When the accusers stood up, they brought no charge in his case of such evils as I supposed. 19Rather they had certain points of dispute with him about their own religion and about a certain Jesus, who was dead, but whom Paul asserted to be alive. 20Being at a loss how to investigate these questions, I asked whether he wanted to go to Jerusalem and be tried there regarding them. 21But when Paul had appealed to be kept in custody for the decision of the emperor, I ordered him to be held until I could send him to Caesar.” 22Then Agrippa said to Festus, “I would like to hear the man myself.” “Tomorrow,” said he, “you will hear him.” 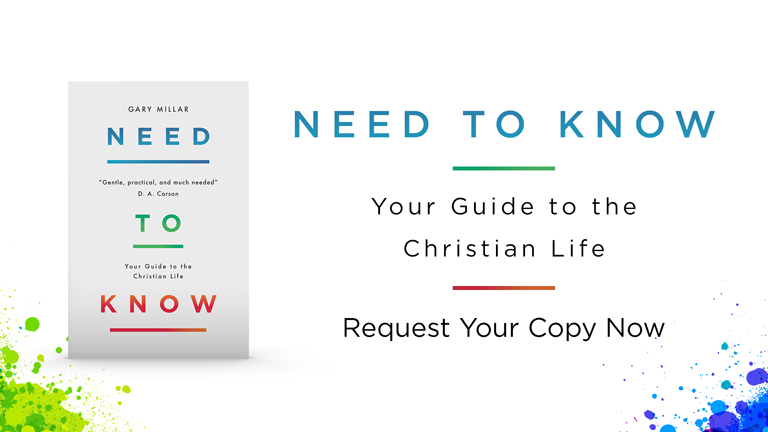 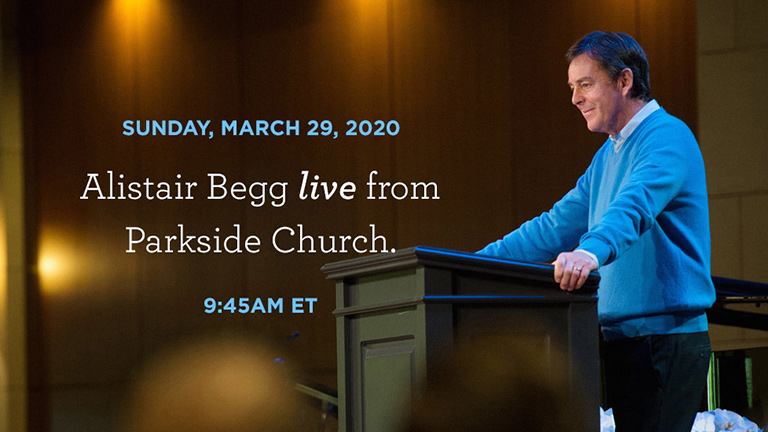 Series: For the Sake of the Gospel, Volume 2 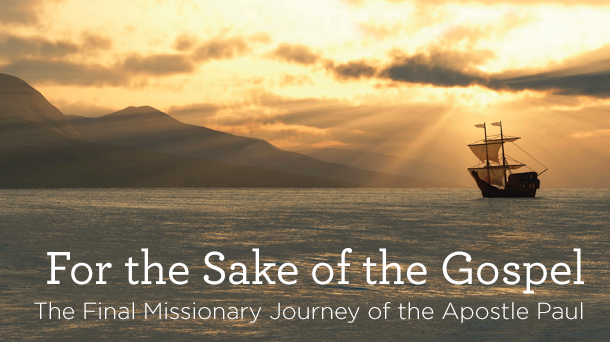 Other messages in: For the Sake of the Gospel, Volume 1

Are you passionate about sharing the Gospel? How willing are you to sacrifice and take risks so that unbelievers may become followers of Jesus and believers may become better equipped to share the good news of salvation? As we consider these questions, we are helped by the example of the apostle Paul, who heroically pursued God’s call through all manner of difficulty and throughout the Mediterranean world—all so that others may come to know Christ as Lord.

In volume one of this series, Alistair Begg follows Paul from Corinth to Caesarea on his final missionary trek. For the sake of the Gospel, Paul endured trials of every kind, boldly proclaiming the good news and glorifying God even to those who doggedly persecuted him. Throughout his journey, we see evidence of God’s grace, providential protection, and provision, which underpinned Paul’s confidence and enabled him, as it enables us today, to live out the faith he proclaimed.

Other messages in: For the Sake of the Gospel, Volume 2

Are you passionate about sharing the Gospel? How willing are you to sacrifice and take risks so that unbelievers may become followers of Jesus and believers may become better equipped to share the good news of salvation? As we consider these questions, we are helped by the example of the apostle Paul, who heroically pursued God’s call through all manner of difficulty and throughout the Mediterranean world—all so that others may come to know Christ as Lord.

In volume two of this series, we learn that nothing would stop Paul from preaching and teaching about Jesus—not a trial before royalty, a storm at sea, a shipwreck, a poisonous snake bite, chains, or even prolonged wrongful imprisonment. Paul was zealous to make all his days and deeds count for the Gospel. As Alistair Begg explains, his dramatic journey to Rome illustrates God’s faithfulness and encourages us to see our circumstances as opportunities to share the good news.